Many dogs are intimidated by a car’s noise, size, and impenetrable shell. However, a parked motor isn’t nearly as scary to a passing hound. Dogs pee on car tires to mark and claim it as their property. Your dog is now the proud owner of your neighbor’s car!

Why Does My Dog Pee on My Tires?

Car tires travel all over the place. This means that they pick up a variety of scents along the way, many of which will be entirely new, and this is intoxicating to a curious canine. This will create an irresistible concoction of aromas that no dog will be able to resist, especially if others have already left their mark on the tire.

This temptation will only be magnified if unfamiliar dogs have marked the tire. Remember that your car has probably been parked – and thus the tires have been christened – by canines from locations your pet has never visited. This means that your pet may have a whole host of new friends waiting for them, and they will want to ensure that their scent is familiar when the time comes.

How about a brand new car that’s fresh from the assembly line, though? Why would a dog want to pee on a tire that has barely seen the asphalt of the open road? That will be down to the new tire smell that comes with such an item. Even humans find that scent intoxicating, so it stands to reason that Fido will also go crazy for it.

Finally, Cuteness shared the theory (of the vet and author Bruce Fogle) that peeing on a vertical object will cause the scent to last longer than engaging in the same activity on a horizontal equivalent. This means that your dog will instinctively seek out such things to leave their mark upon, safe in the knowledge that they will be spreading the word of their presence far and wide.

In theory, this could be the case if dog pee was poured over a tire by the gallon. Dog urine contains ammonia, which can be considered a corrosive substance. Most professional cleaners would recommend steering well clear of any products that contain ammonia when washing and waxing a vehicle for this reason.

With dog pee, we’re talking about the occasional scenting and marking splash, not a bucketful. Dog pee may even help moisturize your tires a little. The worst that can happen over time is that a rubber tire could crack and dry out over time due to exposure to ammonia. 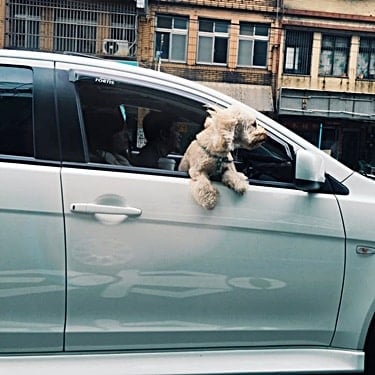 When we consider the amount of time – and pee – that would be required for this to happen. However, it’s hardly fair to blame dog urine alone. A more significant concern would be the paintwork of your car, but even then if you tackle the incident quickly enough, you should be able to rectify it with a simple wipe down with water and a soft sponge.

Can Somebody Sue Me if My Dog Pees on Their Tires?

A dog peeing upon a car’s tires is not considered an act of criminal vandalism, and it’s virtually impossible to prove that any damage that may have occurred was a direct result of a dog’s pee. Then there is the fact that dozens of other canines would also have done the same, and another response would be to point out that countless birds have also relieved themselves on the bonnet.

However, this doesn’t mean that you should allow your dog to pee on other people’s cars with gay abandon. Whatever you think of the behavior – and the person that the car belongs to – it’s understandable that some people may find it undesirable and disrespectful. It’s best to train your dog to relieve themselves elsewhere, and not on the tires of somebody else’s horse-powered pride and joy.

How to Keep Your Dog from Urinating on Tires

In Fido’s mind it’s no different to just announcing their presence on a tree, fire hydrant, lamp post or mailbox, and he certainly won’t understand why it results in an angry human shaking their fist at him when nobody cares about him peeing anywhere else.

If you are determined to stop your dog from urinating on the tires of your car – or you want to recommend a method to a friend or neighbor that is complaining about this action – try some of the following techniques:

Try to resist the temptation to use a homemade aversion spray such as white vinegar, as that may end up causing considerably more damage to your car than any amount of dog pee would.

How Do I Clean Dog Pee from Car Tires?

When it comes to cleaning up the evidence, water will remove any staining – and if you wait long enough, Mother Nature will do the job for you by making it rain. The only problem is that the scent will remain, and that is often what tempts your dog into marking a car’s tires.

If you insist on washing your car tires to dispose of any trace of dog pee, use standard cleaning materials that you can pick up from a garage or auto store. Just remember that, if you do this, it will only be a temporary measure. The next time you take your car out for a spin, you’ll pick up a whole new range of smells that Fido will once again find irresistible.

Are Dogs Attracted to Certain Colors of Car?

Not necessarily, but there will certainly be some colors that are of more interest to the average canine than others.

As we discussed in our article on whether dogs see color like humans, our furry friends have a unique and bespoke color palette available to them. Pet Helpful explain this in more detail, but as you’ll see from the color chart provided, some shades are more visible than others.

If your car is one of the following colors, your dog may find it easier to distinguish them from afar:

What’s more likely, however, is that your dog will be attracted to a car that reminds them of your vehicle – especially if, as we mentioned earlier, they associate your car with enjoyable day trips. 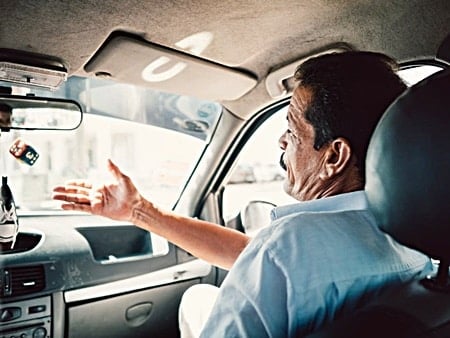 It’s this scent connection that could cause a little confusion. If you find that your dog approaches cars that have been stationed in the same parking lot as your own, it may have a similar smell having picked up the aromas of the environment. Alternatively, they just left their mark on the car in question earlier that day and are checking it’s still there.

Will a Dog Also Pee on Motorcycle Tires?

There is no reason why not – after all, a tire is a tire. However, some dogs are considerably more afraid of motorcycles than they are cars. This isn’t hard to understand, as motorcycles tend to be substantially louder than a standard car, and unless a dog has been socialized well and encountered riders in motorcycle helmets early in their lives, they may find these individuals intimidating.

On the other hand, however, there are plenty of other things to entice a dog into peeing on motorcycle tires. There will be all the souvenir scents of the exciting locations that the bike has visited – and, of course, they’ll still be made of rubber.

In addition to this, a motorcycle – and its rider – will often be clad head to toe in leather. You know, the material that has a hugely unique and distinctive smell that could be irresistible to a dog. This could be fascinating enough to take your dog’s mind off their fear.

Tires are something that your dog will encounter every day, and this will naturally leave them curious about these items. Where have they been? Where are they going? What are they for? Ah, who cares about the answers to any of those questions – ultimately, your dog will want to claim them for themselves because they smell good.

If your dog likes to make a morning pit stop by your car on their way out for their morning constitutional, it’s not necessarily anything to worry about – as long as you don’t mind them doing so, there will not be any harm to the tires of the car. It’s best to avoid allowing Fido to perform the same trick on all the neighboring vehicles, though.