Dogs are susceptible to hiccups just like humans are, and dogs usually struggle with them for the same reasons as humans. Curing dog hiccups should take a different tack, though. Forget all the old wives tales that you have heard over the years – very few of these supposed foolproof cures would be effective on Fido!

This guide will cover everything that you need to know about dog hiccups – what they are, how they occur, whether or not you should be concerned and how to put a stop to them.

The medical explanation for hiccups is the same for both humans and canines. When we breathe in, the diaphragm (located just below the stomach) contracts, and then expands again once we breathe out.

Sometimes the diaphragm can become irritated or overworked and start to spasm, however. This impacts the breathing patern. In these instances, we take in air faster, which hits the larynx and forces it to close. This is what creates the famous, “hic!” noise that everybody will recognize. The  closing vocal cords are what produces that unmistakeable sound.

Are There Different Types of Hiccups?

Yes, there are typically three different kinds of hiccups:

There is no need to speak to an animal healthcare professional at the first sign of a dog hiccup. If they continue to do so, however, especially after you have taken steps to amend their lifestyle, it may be worth asking your vet to take a look just in case there is a reason behind the hiccuping.

Check out this hilarious video of puppies battling the hiccups:

What Gives a Dog Hiccups?

Why does my puppy have hiccups? Again, the reasons that a dog may end up with the hiccups are very similar to those that impact upon humans.

Some of the common causes of hiccups in canines are: 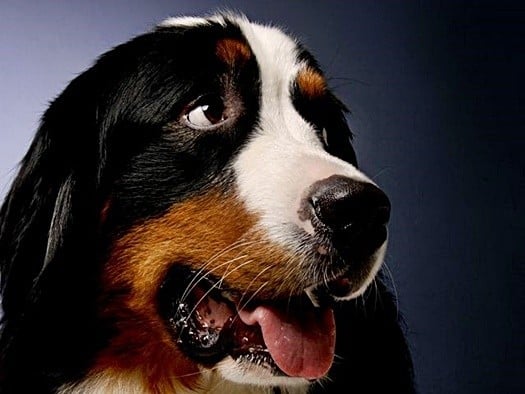 As you’ll see, canine hiccups are hugely similar in origin to human hiccups – and this should set your mind at rest that your dog will not be struggling for long. Some dogs are wholly indifferent to hiccupping, but others may find it annoying or frightening (which is likely to aggravate the problem and lead to more hiccups, not less). If this is the case, skip ahead to our section on how to treat dog hiccups.

The symptoms of dog hiccups are simple – it’s the sound that we all recognize the moment we hear it, and it should pass after a few moments. However, if your dog displays other symptoms as well as hiccupping, it may be something more serious. For example:

If your dog has a hiccup bout, leave them to it and move on (or utilize some of our advice on how to treat hiccups in dogs). Try not to worry unless there are other, more notable symptoms at the same time.

Difference Between Dog Hiccups and a Dog Reverse Sneezing

If something is trapped in your dog’s nostrils (perhaps they put their face into a flowerbed and got something trapped inside, or they’ve inhaled a foreign item from the floor), they may start to make many loud inhaling sounds, followed by snorts or even gagging.

Although it’s quite worrying to see and hear, reverse sneezing is similar to hiccups in that it only lasts a few moments and will usually pass by itself. As with hiccupping, seek the advice of a vet if the behavior persists to a point where it becomes constant – or if you suspect that your dog may be reverse sneezing as a result of an undiagnosed allergy, and you’re worried that your pooch may be in some discomfort. 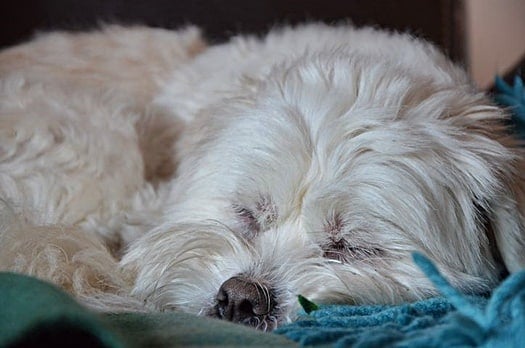 My Puppy Seems to Always Have the Hiccups

This is perfectly normal – younger dogs tend to suffer from the hiccups more often than their adult equivalents, because they are considerably more excitable.

A puppy will probably race around and place strain upon their breathing, especially seeing as their respiratory systems are still immature. A puppy will also probably wolf down their food and lap up water at a rate of knots.

Unless the hiccups last longer than a few minutes, they’re typically nothing to worry about – it’s all just part of puppy life and learning as their little bodies grow so quickly.

As we have said, a dog hiccupping occasionally is not a medical issue. Don’t call your vet because your dog has a hiccup bout; you’ll spend a fortune on the appointment just to be sent away again, and your dog will have stopped hiccupping by the time you make it there.

If you have reason to be concerned based on our previous discussions, however, do be sure to speak to a vet. Intractable hiccups, in particular, can be a cause for concern and may be a sign of an underlying concern that requires treatment. Remember the risk of heartworm in the case of a hiccupping dog. There’s every chance that it’ll be nothing, but it’s always better to be safe than sorry.

Does My Dog Have Hiccups, or are They Choking?

This can be a very frightening question that any pet parent may have to ask himself or herself. Sometimes a dog hiccupping can sound a lot like the pooch is choking, which generally means that they are having a health problem in addition to their hiccups.

Probably the best-case scenario at such a time would be about of kennel cough in your dog in your dog. This still isn’t pleasant for Fido, but at least kennel cough will pass after a week or two; think of it as a dose of the dog ‘flu. You can always vaccinate your pet against the condition if you’re worried about the impact it might have on your dog.

The same cause could also be attributed to your dog hiccupping and coughing – though if your pet is wheezing and struggling to breathe, and they are invisible distress, it is advisable to speak to a vet.

If kennel cough isn’t to blame, it could be something more concerning such as canine bronchitis. As always, keep an eye on how things progress and consult a vet if your dog doesn’t improve naturally after a day or two and you have grounds for concern.

My Dog Hiccups at Night 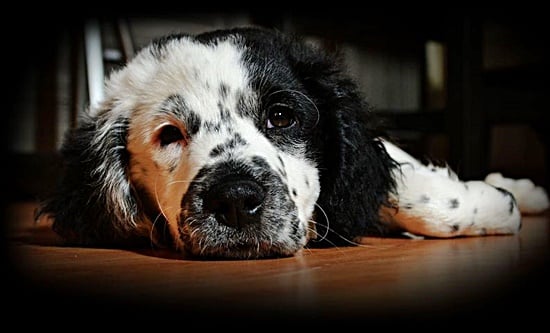 There is no need to worry if your dog is hiccupping more at night than they would during the daylight hours – it’s almost always explainable by one of the justifications above. Take a look at our steps for how to get rid of dog hiccups if you’re concerned, and keep an eye on the habit.

My Dog Hiccups While Sleeping

Dogs making noises in their sleep is very common, especially with puppies. Most young pooches will emit many high-pitched yelps in their slumber, which can sound a lot like hiccups. The truth is they’re just dreaming, probably about chasing squirrels and playing with their humans!

A dog can often experience hiccups in their sleep, too. This is especially likely if they are dozing with their mouths open and swallowing a great deal of air, or they have collapsed into a nap straight after a big feed or playtime. Unless they are doing so regularly and appear to be gasping for air while they enjoy their REM sleep, leave your dog to their rest.

How Can You Prevent Hiccups in Dogs?

If you’re keen to avoid your pet ending up with hiccups, you can take a few preventative steps.

Naturally, hiccups may still happen – they’re a natural part of the canine experience. However, following these steps may minimize the chances of Fido hiccing up a storm.

How Can You Get Rid of Dog Hiccups?

There are a plethora of myths and legends surrounding the curing of hiccups when they do happen. Perhaps the most important thing to note is that you should never, under any circumstances, attempt to shock or scare your dog to stop them hiccupping! This may or may not work in humans, but all you’ll be doing to poor Fido is turning them in a traumatic and terrifying ordeal, and condemning him to a life of anxiety every time he struggles with a bout of hiccups. 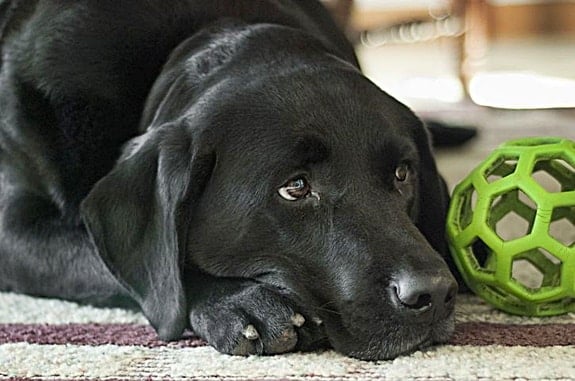 If you want to help your dog overcome their hiccups without causing permanent psychological damage, there are a plethora of different techniques that you can employ.

Hiccups are usually not dangerous, but they might get annoying – both for your pet to experience if they’re not entirely relaxed about them, and for you to listen to if they’re loud! When you start to hear that tell-tale hiccupping sound, you should follow the above advice and decide how best to proceed for you and your pet. The hiccups may be an everyday part of canine life, but their impact can be minimized and managed with the right approach.