In Australia, a mixed breed dog is called a bitsa. This is because it’s got bits of this and bits of that. In South Africa, such a dog would be called a pavement special. This represents two dogs who happened to be passing each other while in the mood for romance, and, well…

You will probably just call a combination of two distinctive dog breeds a mixed breed, and they can often be a better choice than a purebred, since they offer the best of both worlds.

If your home is an apartment in need of an unconditionally loving roommate, some mixed breeds are better than others for this type of living (and are often more suitable than purebreds).

Even the Perfect Mixed Breed Dog Needs Training and a Routine

A dog’s suitability for living in an apartment will depend on you having a routine that allows it to have enough exercise and attention, as well as the level of training you provide – plus the individual dog’s own personality, of course.

Having said that, there are some mixed breed dogs that are much, much better suited to the pros and cons of living in an apartment. 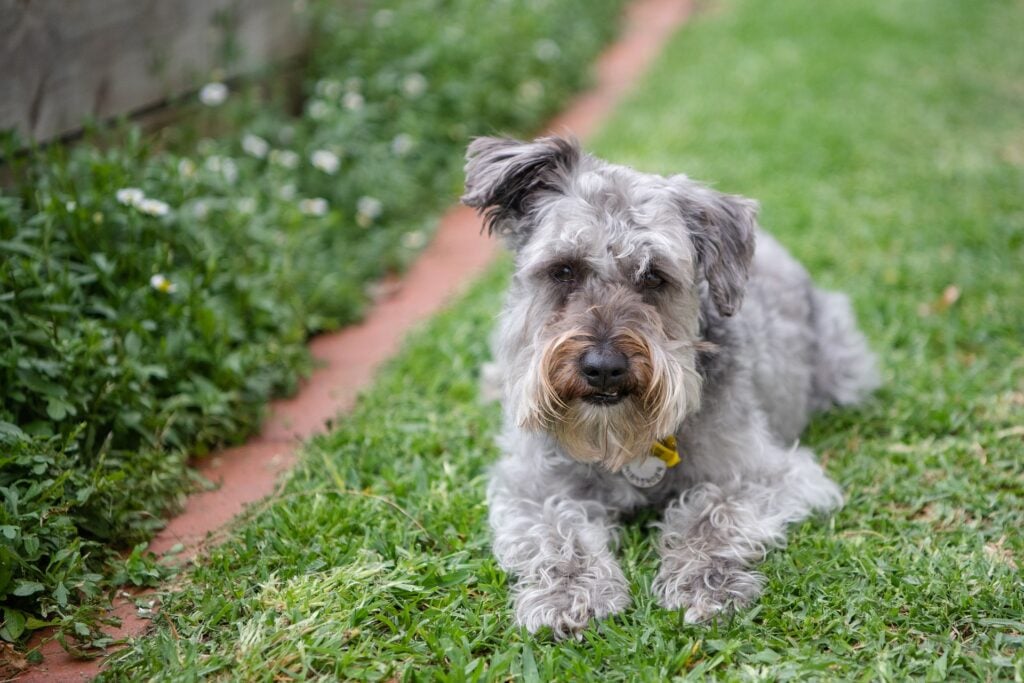 Schnoodles are capable of melting the coldest of hearts, but a word of caution: You need to make sure that the poodle parent is a Toy Poodle instead of a Standard Poodle if you want your puppy to grow into a small-sized dog.

They’re affectionate and loyal, and while there can be personality-based differences within the (mixed) breed, they do tend to be happy dogs.

Schnoodles are fairly active for such a small dog, so without daily, fairly intensive exercise, your new dog can become unhappy and even destructive. 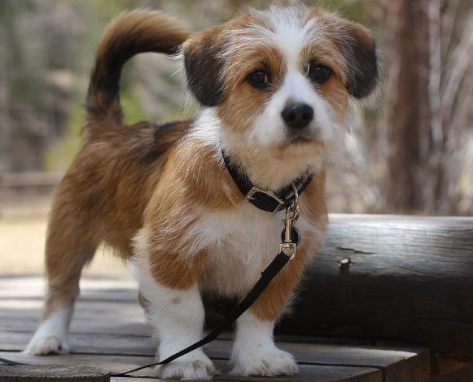 These little creatures can make their many admirers fail to see the two different breeds that made this wonderful mixed breed, since a Schorgi can closely resemble a Jack Russell Terrier.

They’re a perfectly easy-going small dog who only need a moderate amount of exercise, and can lean towards being stubborn, so firm obedience training is essential from a young age.

A Schorgi is very much a pack animal, and can be aggressive to anyone who trespasses on their territory (your home) and might be a danger to their pack (you and your family).

This is why training is so important, and it’s something to be aware of when choosing a mixed breed dog. 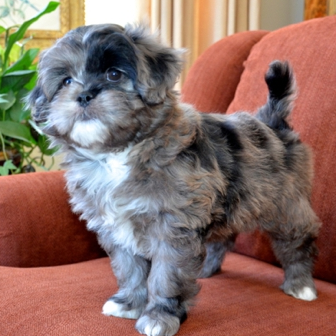 The toy-est of toy dogs you’ll ever find is a Peekapoo (although you might not be sold on that name).

You will have to fight the temptation to name your new pup Ewok, since the resemblance is almost uncanny. This is a dog that needs (and appreciates) regular grooming, although its Toy Poodle heritage means that your Peekapoo’s fur is silky (and hypoallergenic).

They can be a bit clingy, and nothing makes them happier than being with you. If you work long hours, you perhaps shouldn’t peek at a Peekapoo. 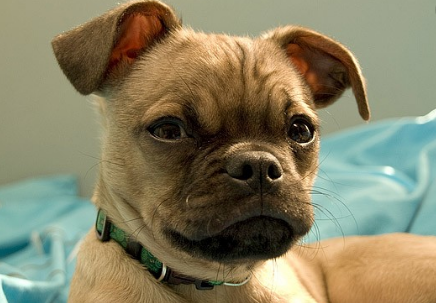 Nope, this isn’t a mixed breed dog named after what frat boys chant at keg parties. Just like how a Schorgi looks like a Jack Russell Terrier, a Chug looks more than a little like a French Bulldog when it’s a puppy.

But don’t adopt just for this reason, since they will grow out of that look (while remaining utterly precious). Chugs are affectionate, and will never be too large for apartment living.

Chugs are not too demanding when it comes to walks, but you need to make sure that they have regular exercise to prevent obesity (which can be an issue with this particular mixed breed). 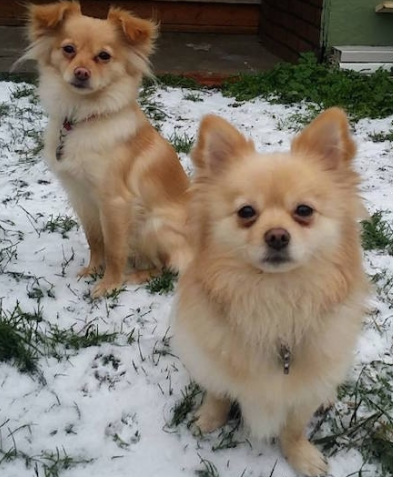 If you truly want a lap dog that will never outgrow your lap, thrives on attention, and warrants regular trips to the groomer, then a Pomchi is for you.

They will bond with their owner to the point of being needy, but if you’re at home a lot, then this is not a bad thing.

Although adorable, they can still be amazingly stubborn, so don’t let them get away with being naughty just because of their remarkable cuteness. 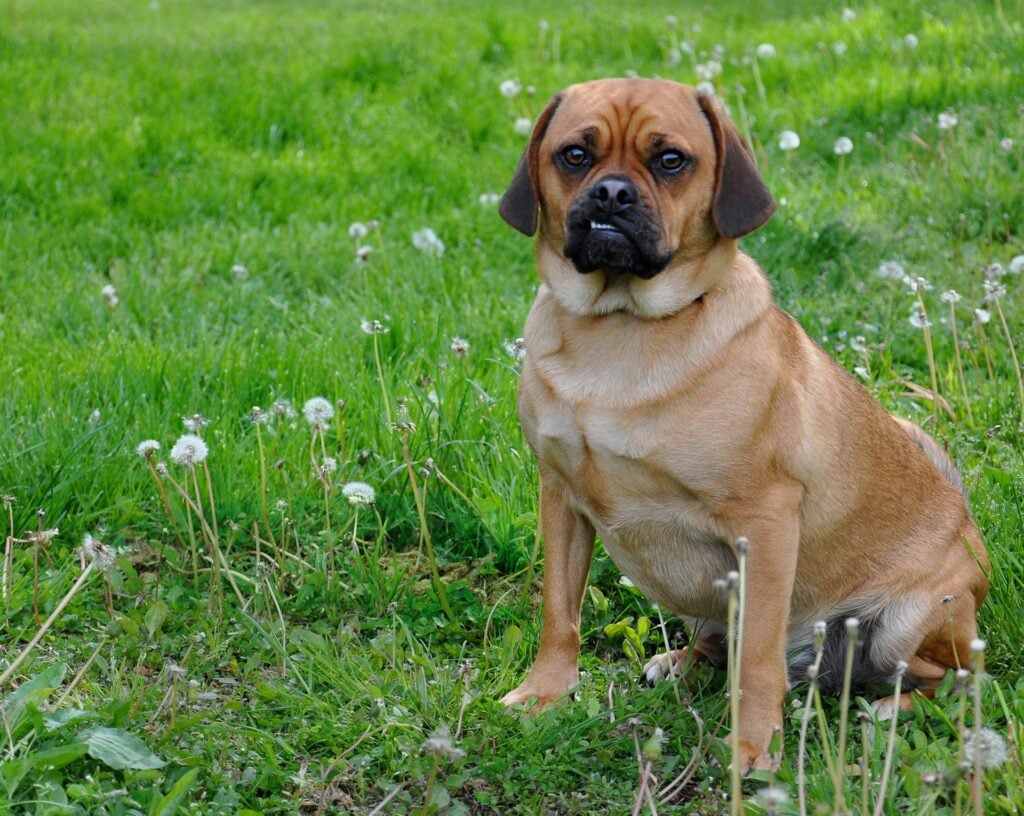 Of all the weird names that are given to mixed breed dogs, the Puggle could be a winner. Yes, the name is weirdly sweet, and so is the dog. They’re more of a medium-sized dog than the others on this list, so they can be a fantastic choice if you want a dog that’s small enough for apartment living, without being a toy-sized pooch.

Puggles can be incredibly intelligent, so this means that they need consistent physical and mental stimulation. If they don’t get enough, they tend to take out their frustration by damaging their surroundings. 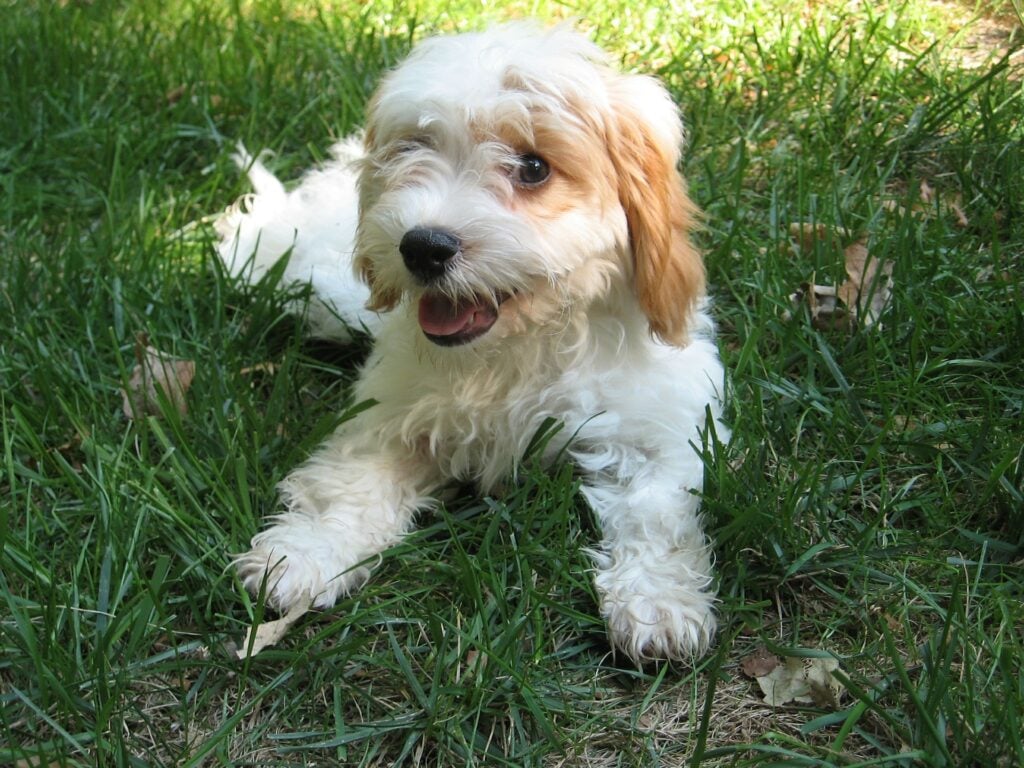 In terms of the placid, calm nature that makes for a great apartment dog, the Cavapoo “dogstroys” the competition. They’re intensely social, and bond well with children.

Because they’re intensely social, they’re best for families, as opposed to singles. They can bark and howl when they’re left alone for more than a few hours, which will be unavoidable for single dog parents who have a full time job. 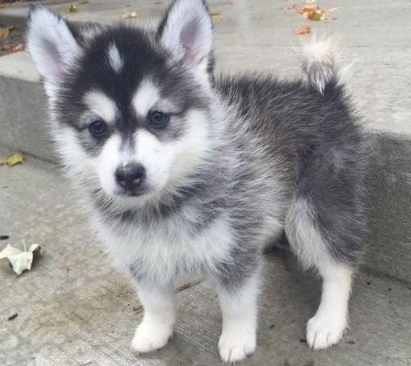 If you’ve ever looked at a Siberian Husky and thought yes, but also no, because while it’s a majestic wolf-like creature of stunning beauty, it’s also too big and needs a ten mile walk each day. Meet the Pomsky.

The only obvious part of its Pomeranian heritage is its size, since the Pomsky looks just like a Husky that never grew out of puppyhood.

You get the affection of a Pomeranian combined with the intelligence of a Husky, but this intelligence means that your pup will not do well without stimulation. 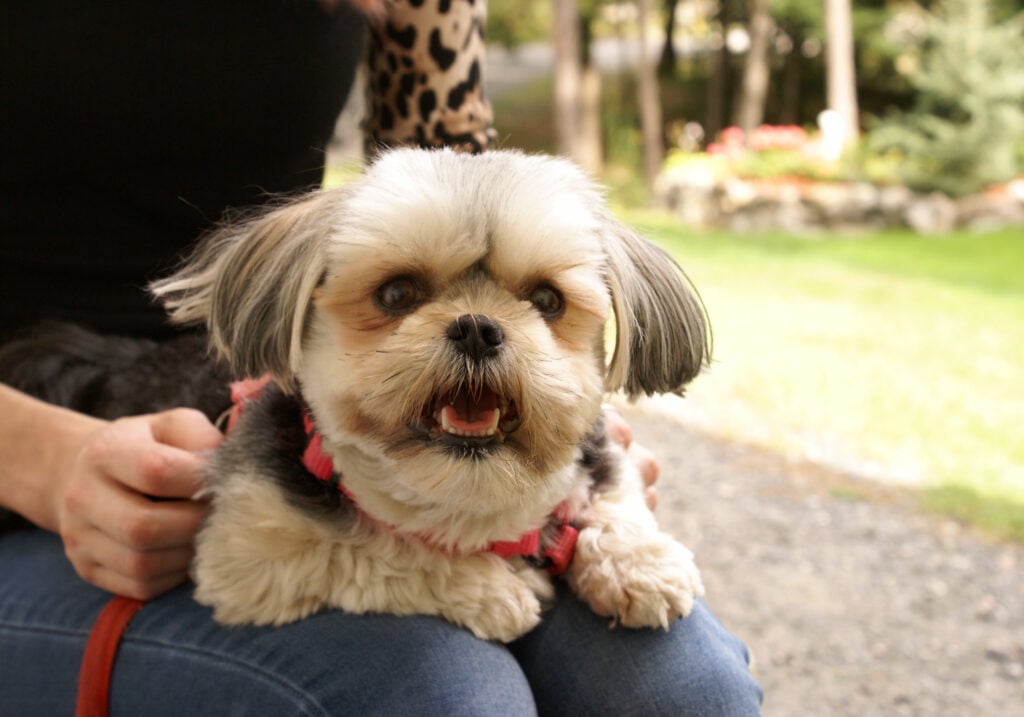 These are fairly low energy toy dogs, and if you don’t have the most active lifestyle, a Morkie doesn’t need more than a short walk each day. They are little balls of fluff with a fiery personality that has its pros and cons.

A Morkie needs a lot of attention to prevent it from becoming moody. 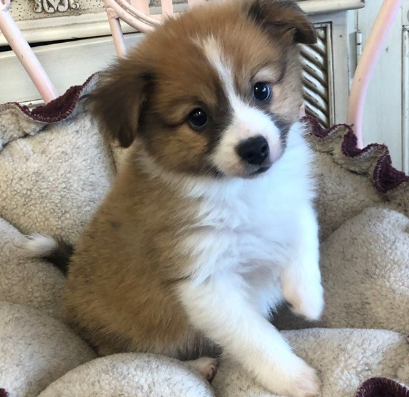 Many dog owners made the mistake of adopting an Australian shepherd based solely upon its looks, without realizing that it’s a working dog, and needs a lot of exercise.

This isn’t the case with the Aussie Pom, which keeps the looks, but ditches the instinct that it should be herding cattle.

That coat is going to need a lot of grooming, or at least a regular appointment at your local dog salon.

Yes, every dog has a distinctive personality, but in terms of combining these specific breeds, all the dogs on this list will make the ideal new roommate/BFF for your apartment.

We’ve been talking about mixed breed dogs that are a combination of two specific breeds, as in two different breeds who make an adorable puppy that combines the best of both parents.

A mutt is a mixture of different breeds, but it’s not the same as a clearly identifiable mixed breed dog.

The Difference Between Mixed Breed Dogs and Mutts

Got it? Good. But if you would prefer a dog whose mixture comes from known breeds (and this can be the sensible decision when you need a dog that’s suitable for apartment life), your new fur baby can safely be chosen from the specific breeds on our list.