It’s no secret that dogs are loving, sociable animals. They seem to have an endless capacity for affection within their hearts, and that means that they take no pleasure from being left alone with their thoughts.

That’s hardly surprising, in many respects. Not only can our furry friends not operate a TV remote with their paws or turn the pages of a doggy newspaper, but they are surrounded by littermates from the moment they are born. Throw in the fact that canines are instinctive pack animals and you have the recipe for a pet that loves company.

Unfortunately, this means that owning a dog and working full time can be a challenge. You will need to break separation anxiety quickly when you bring a new puppy into your life, and that will be easier with some breeds than others. Let’s take a look at what dog breed can typically be left alone for any prolonged period of time, and how you can build a happy life for your pooch around a busy lifestyle.

Can a Dog Be Left Alone for 8 Hours?

Some dogs can be left alone for up to 8 hours, which is the typical working day. However, as the old saying goes, just because you can it doesn’t mean that you should.

The first thing to consider will always be your pet’s bladder. If left alone in an apartment or house for an entire working day with no opportunity to relieve themselves, you may come home and start asking why your dog is peeing on the bed on purpose. A dog can typically hold their water for up to 12 hours, but that’s really an overnight thing while they’re asleep. A dog should be taken outside to relieve themselves at least every 4 or 5 hours.

If you must leave your dog alone for 8 hours each day, take the following steps wherever possible: 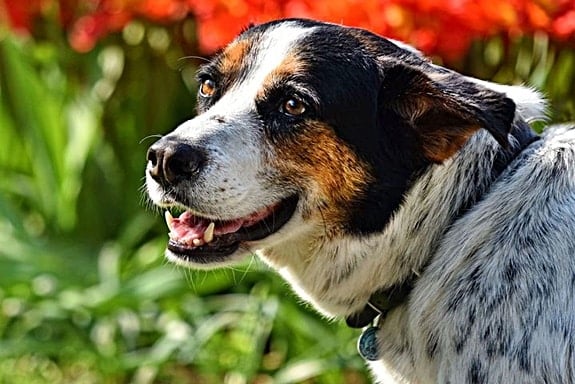 Just to re-iterate though, most dogs will not relish being left alone for such a prolonged period of time whatsoever. If you are unable to accommodate your dog’s needs during your working schedule and are unable to call upon support from friends, family or a professional dog walker, think carefully before introducing a pet to your home.

Not all dogs will have a meltdown when they’re left alone in the home, however. Here are some of the best dog breeds for full-time workers.

Just be aware, even though these dogs are primarily OK to be left alone it doesn’t mean that you can bring one home and leave them at once. There will still be a prolonged period of training required, and you’ll have to build a sense of trust – especially if the dog is a puppy or a rescue from a shelter. With the right steps, however, you’ll be able to inspire a sense of independence in your canine companion and enjoy time apart as much as your time together.

Dog Breeds That Shouldn’t Be Left on Their Own

Even though there are a handful of dogs with low separation anxiety, there are plenty more that will struggle hugely with spending any prolonged period of time by themselves. If you are likely to be away from home a lot, even if it’s just for working hours each day, think twice before adopting or purchasing one of these breeds: 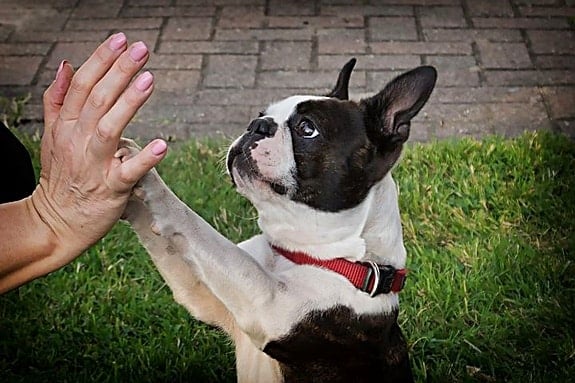 There are exceptions to every rule. You may be reading this and thinking, I have one of those breeds, and they’re entirely indifferent to being alone.” This may be, and the above is just a guideline. If you are going to introduce a dog to your home, think carefully before making it one of these.

What Are the Best Dogs for Single Working Females?

A single woman that lives alone may want to look into sharing their home with a dog, for security as much as companionship. Single working females looking for a canine companion should consider any of the following breeds:

As always, it also depends on the temperament of a particular dog and your living circumstances, but some of the breeds above could make for great companions.

Can I Leave a Dog Alone for the Weekend?

You really, really shouldn’t. A dog is not like a cat, which will be largely indifferent to being left alone for an entire weekend as long as somebody pops in from time to time and refills their food and water bowls. A dog will start to seriously panic if they are left alone for so long, especially when it comes to several overnights, and you may be faced with some serious abandonment issues.

In addition to this, your dog could get themselves into all kinds of trouble if left alone and unsupervised for a weekend. Even if somebody pops in once a day to feed them and take them for a stroll, your dog will still be anxious and pace around the house the rest of the time. With nobody on hand to supervise them, who is the say that Fido will not eat something potentially toxic, or have some kind of accident that requires the attention of a vet?

If you are going away for a weekend (or longer) and can’t take your dog, leave them with a trusted friend or family member, or book them into a kennel or doggy hotel. This may be an inconvenience, but ultimately it’s all part of the commitment that you took on when you decided to introduce a dog for your family.

How Long Can a Puppy Be Left Alone During the Day?

Puppies have immature brains and bladders, which means that they should not be left alone for any prolonged period of time, especially for the first six months or so of their life.

Once a puppy reaches six months of age, they can usually hold their water for around four hours – and if they’ve been sufficiently exhausted by a long walk or playtime in the morning, they may be content to sleep throughout that time period. After this, you can apply a one-hour-per-month rule; so, a seven-month-old pup can theoretically be left alone for 7 hours, etc.

It may be easier to leave a puppy alone if you have another, older dog in the home that gets along with the little critter, as puppies tend to take their cues from a senior-ranking canine. Of course, if your older dog is prone to separation anxiety and howls the house down when you leave that won’t work, as they’ll teach the pup that this is the appropriate response to being left alone. 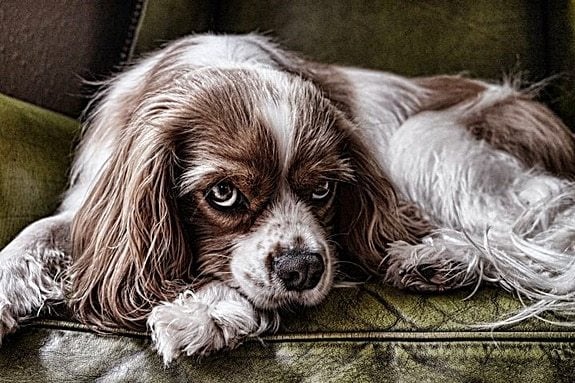 This could still be a pivotal period of your pup’s training, however, so think carefully before you start leaving them alone. Crate training may help in this instance. Just remember that coaching a puppy to cope with being alone is a real balancing act.

If you never leave them alone – which would be their preference, as they’re likely to whine and cry when left alone, even if that means leaving the room – they’ll grow over-depending on your company. If you leave them alone too long, too soon, however, you’ll break the bond of trust that is so important to your relationship.

How Long Can a Rescue Dog Be Left Alone During the Day?

This depends on entirely on the breed of dog, but there are also a substantial number of other circumstances to consider. These include:

In many respects, bringing a rescue dog into your home should be treated in the same way as a new puppy. Until you have built up a rapport and bond of trust, faith, and welcome behavior, it’s best not to leave them alone. Remember that you can never be certain about the circumstances that your dog may have lived under previously, so they may need some patience and understanding.

How to Keep a Dog Entertained When They’re Alone

As we have already established, however, sometimes it’s unavoidable that you’ll need to leave your dog alone. In fact, it’s hugely important that you do so from time to time. 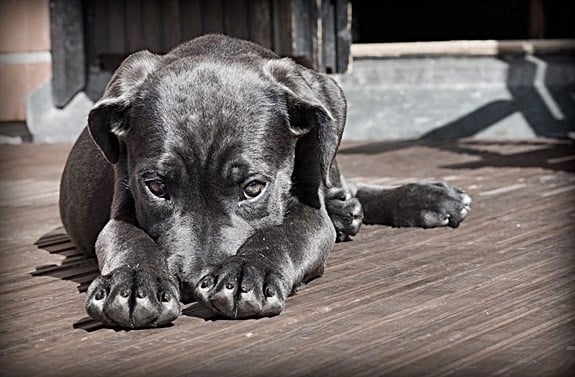 Even though nobody wants to deal with the wide, saucer-like puppy dogs eyes from the window when you have the audacity to go to the grocery store alone, not being able to leave a dog by themselves can have a seriously detrimental impact on your quality of life – and over bonding between hounds and humans is a very serious problem.

When it comes to leaving dogs alone during the day, try some of the following tips to keep them calm and entertained.

Overall, how long a dog can be left alone is dependent on many different circumstances. It’s always better to err on the side of caution though and strike a happy medium. Never leaving your dog by himself or herself at all can be dangerous to their psychological well being, but abandoning them for hours is equally perilous.

Ultimately, you will know best how long your dog can be left alone without starting to grow upset or distressed. Just remember that minutes can feel like hours for a pooch that’s waiting for their beloved human to return, and do whatever you can to make the time apart as bearable as possible for your pet.