We’ve all had cold feet at some point in our lives. And I mean the literal kind, not the metaphorical kind. They can be quite uncomfortable, and they often come seemingly out of nowhere, especially when it gets cold out. For some people, though, cold feet can be the result of an underlying health condition.

This is also true for man’s best friend. Although it is normal for them to get cold paws sometimes, in some cases, it can be a sign of a more serious health issue.

If the paws of your healthy dog suddenly feel cold, make sure that he is not displaying any other unusual behavior or symptoms of an ailment. If so, chances are you have nothing to worry about.

However, sometimes, your dog may have other symptoms at the same time, such as pale gums, low body temperature, instability, and walking or breathing problems. If this is the case, you need to get him checked out by a vet.

Walking your dog in cold weather

Chilly weather can make any dog’s paws cold. Unless your dog is wearing some kind of paw protection or dog shoes, the fact that they will be stepping directly onto the cold ground means that their paws will quickly get cold.

In extreme cases, if your pet stays out in the snow for too long, they may get frostbite. This makes their paws to harden a bit, and with time, they become pale gray and turn red as they begin thawing out.

If you find signs of frostbite in your pooch’s paws, the best way to take care of that is to place them in warm water. Do not rub or massage them, because that only makes things worse. Also, avoid using hot water as that can cause further damage or burns. Your very next step will then have to be heading straight to the vet.

Caring for your dog’s paws in winter 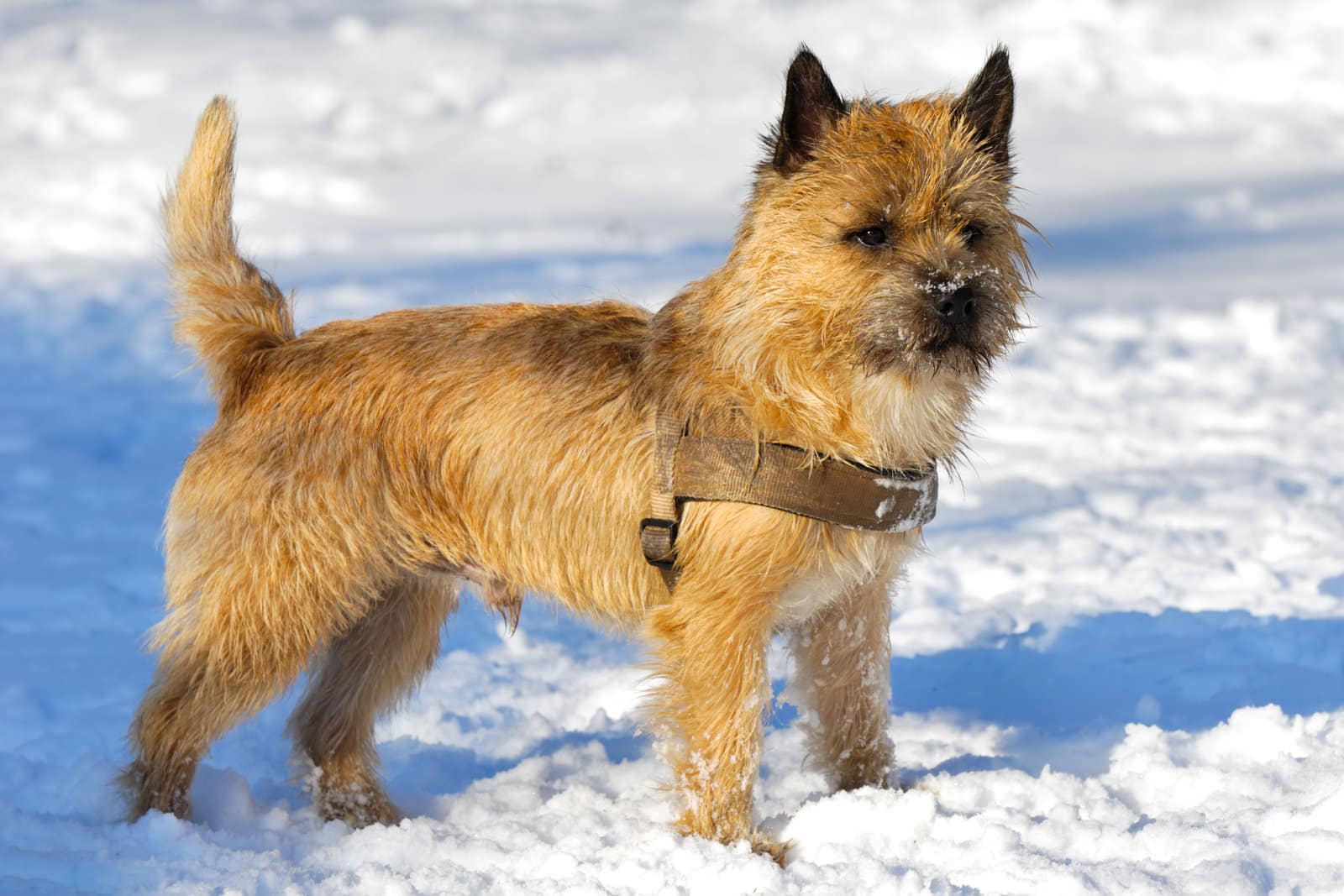 Some dog breeds are not suited for chilly weather.

If your dog gets cold paws in winter, the first thing you need to keep in mind is not to be quick in applying ice-melting substances such as de-icing sprays. Sometimes, these products can cause chemical burns, aggravating an already bad situation.

There are several products that can protect your dog’s paws in the snow. Some of the best ones are serums and paw balms, which can also protect your canine’s paws from various surfaces and both hot and cold grounds.

If your pet will allow you to, you can also try using dog boots to keep his paws warm and dry. These specially-designed boots can also protect those paws from the effects of ground salt and chemicals in winter. They will also help you avoid muddy paws in the house when you get home from a walk.

Keep in mind that when it comes to dog boots, some initial resistance is perfectly normal. Your dog can take some time to get used to his new kicks. When he does get used to them, you will realize that the benefits far outweigh the downsides, and he will learn to easily maneuver in the snow.

What does it mean when a dog’s paws are cold?

When cold paws are the only noticeable symptom your dog is showing, you have very little cause for worry.

Sure, it may be a sign of some underlying health issues, but until you start finding other symptoms like swollen legs, difficulty walking, pale gums, trouble getting up, fainting, or trouble breathing, just closely monitor your dog.

Cold paws in canines can also be as a result of walking in the cold. In such cases, the problem usually disappears on its own after a short while. However, if the condition persists, your dog could be dealing with a health issue and you will need to see a vet.

This is why dog shoes or socks can really come in handy during cold seasons.

How can you tell your dog’s paws are cold?

Well, the first step is to feel them with your hands, obviously. If they feel colder than usual, here is what you need to do:

As mentioned earlier, cold paws in dogs can also be as a result of blood flow issues in the dog’s legs. If this is the case, your dog will also show other symptoms. Blood flow issues are often caused by problems in the cardiovascular of the lymphatic system.

For instance, a blood clot can block the flow of blood to the legs, or the dog may have suffered from shock or severe blood loss. A ruptured spleen is one of the main causes of shock in canines.

If your dog suffers from any of these issues, you may notice cold paws, lethargy, paws turning bluish, shallow breathing, and pale gums. If you notice any of these things, you need to get your dog checked immediately by a vet.

Your dog’s capillary refill time will also need to be assessed. You can do the test yourself easily by putting your thumb on the gums and exerting some pressure. Remember to be careful just in case your dog gets aggressive.

The gums will turn pale after releasing your thumb. Count in seconds the amount of time the gum takes to return to normal. If it remains pale or takes over 2 seconds to turn back to normal, take your dog to the vet immediately. 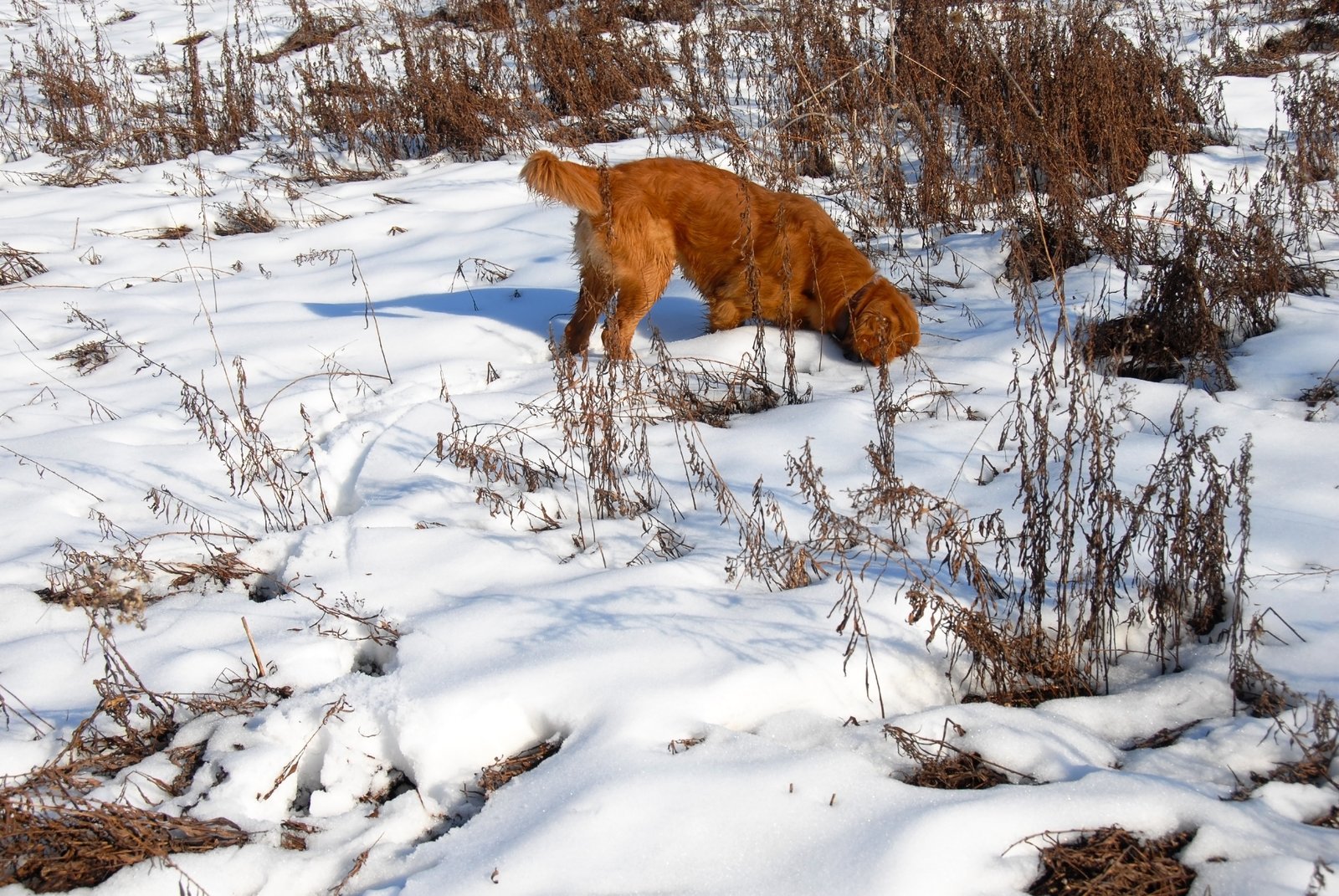 All dogs are vulnerable to frostbite. However, it is more common in breeds that are not used to cold weather.

Frostbite in canines usually affects the toes, scrotum, tail, and ear tips. Toes may appear grayish or pale and might feel hard to the touch while also being cold. As the toes defrost, they might turn reddish.

A simple way to establish whether your dog’s toes have frostbite is by exerting some pressure on them and then watching them change color. If you press on the paws of a healthy dog, they will turn pale before immediately returning to their ordinary color.

This is a sign of normal blood circulation and supply. If your dog’s paws have frostbite, the color will not turn back or will take an unusually long time to do so.

To take care of the frostbite, consider dipping your dog’s toes in warm water (not hot!) of about 104 to 108 degrees. Do not massage or rub the affected area, because besides being painful, if the dog has severe frostbite, the tissue may blacken and slough off, causing a secondary infection.

Frostbite sucks because if your dog gets exposed for too long, they may end up losing some toes. If you suspect your dog is dealing with extreme frostbite, visit your vet and have them prescribe some antibiotics to help prevent secondary infections.

My dog has cold paws and is shedding abnormally

If your pet has cold paws and is shedding abnormally at the same time, you need to have him checked out by a vet as soon as you can. It is one of the major signs of thyroid problems in canines.

Dogs suffering from hypothyroidism will have hair balding over the lumbar area. This will occur on both sides in a symmetrical pattern.

The backsides of the rear legs and the tail are also susceptible to losing hair. Additionally, hypothyroid dogs are more sensitive to cold weather, which is why their paws may get cold.

If your dog is hypothyroid, consider not taking him for a walk on cold weather or chilly nights.

That being said, keeping your dog warm doesn’t mean you should expose him to the cold for long. As we have seen, dogs get frostbite and hypothermia, and the best way to prevent these is by staying indoors.

Staying warm on the cold ground

The blood vessels in the paws of dogs have a countercurrent heat exchange system. This is why your dog’s body is not profoundly affected when he strolls on the cold ground.

The veins in the dog’s paws are parallel to arteries, which means warm blood will get circulated to the paws from the heart. During the process, heat is transferred to nearby veins.

However, some heat loss occurs from the dog’s body through his paws. By the time the blood in the arteries gets to the paws, it will have gotten colder. At the same time, the body isn’t cooled by the paws because blood from the area is warmed up on its way back to the heart.

This whole process is very important because it aids in conserving heat and eradicating the unnecessary loss of heat.

How dogs walk on the cold ground

If your dog’s paws feel cold, you probably have nothing to worry about especially if he looks healthy in every other way. However, if he is showing other symptoms, or if you see signs of severe frostbite, you should take him to the vet as soon as you can.