Many health conditions could potentially impact upon your dog over the course of their life, but failure to eat or drink is surely among the most serious. If your dog is experiencing tummy trouble at either end, it’s time to get them to a vet as a precaution – but this guide will discuss some of the possible causes in an attempt at setting your mind at rest.

My Dog Can’t Keep Food Down and has Diarrhea

If your dog is eating as normal but then ejecting their meal, there is something afoot. You could take a look at our guide to how to react if your dog has diarrhea but is acting normal and eating, but let’s also take a look at the many and varied reasons why your dog may be suffering from a stomach upset.

Here are some potential explanations:

Explosive diarrhea in dogs shouldn’t last too long. If your dog has more than one or two episodes in a 24-hour period, get them to a vet as quickly as possible. They may have a more serious underlying health issue contributing to their digestive problems.

My Dog is Throwing up Undigested Food

If your dog is regurgitating undigested food that they consumed less than twelve hours ago, there could be many reasons why.

These include the following:

Of course, there could always be additional reasons why your dog is throwing up after they’ve eaten and you should have them checked out if there is any concern. Cleaning up vomit is one of the less glamorous jobs.

My Dog is Throwing up Food from the Night Before

If enough time passed for food to enter your dog’s digestive tract and they throw up, it’s more likely to be something relating to illness. If your dog vomits more than once with no easily identifiable reason, get them to a vet. They may be able to relieve the discomfort, and you may be able to reduce the symptoms if you act quickly.

My Old Dog is Vomiting After Eating

Older dogs are most likely than any other to vomit after eating. This is partly because senior dogs are more at risk of various infections and other health problems.

Just some of the problems that older dogs that vomit frequently display are as follows:

There are many reasons why an older dog may be throwing up frequently, ranging from the same explanations to why any canine would vomit undigested food to some of the health problems discussed above.

When your dog reaches an age where you notice the first streaks of gray are starting to appear in their muzzle, you should get them checked out from nose to tail by a vet at least once every year. Make sure that you don’t delay in getting them looked over if you have any concerns about their health.

Well, let’s start with the obvious question in this case – has your dog been eating poop? It would hardly be surprising that they have thrown up after doing so, and the actual behavior (coprophobia) is more common than you may realize. Check our guide on how to stop a dog from eating poop naturally if your pooch indulges in this unsavory habit.

If an unconventional diet is not to blame, your dog may be experiencing a very, very serious health problem. Vomit that looks and smells like fecal matter may be just that. Your dog could have a blockage in their intestine that means they are regurgitating the contents of their bowel. If this is the case, get your dog to a vet as a matter of urgency. Immediate intervention may be required, including potential surgery.

My Dog Has Diarrhea and is Vomiting White Foam

If your dog is displaying other symptoms alongside these actions, such as struggling to be steady on their feet or extreme lethargy, you should make an urgent appointment with a vet. There are many possible reasons why this is happening, and none of them are good. 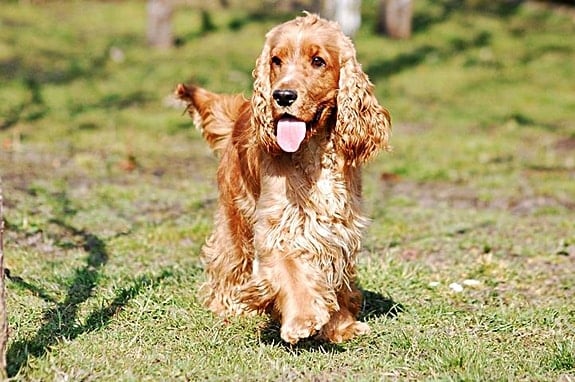 Overall, however, the approach for this should be the same as conventional treatments for vomiting and diarrhea. White foam is usually a result of a dog attempting to throw up but having nothing left in their stomachs to purge, and as with traditional vomiting, if it continues beyond 24 hours, professional help may be necessary.

Vomiting in Dogs and When to Call the Vet

We have discussed the need for assistance from an animal healthcare professional multiple times over the course of this guide, but obviously, we can’t all rush straight to the vet every time our dogs have an upset stomach. That’s a recipe for bankruptcy, as well as hugely annoying your doggy doctor of choice.

The severity of vomiting can be broken down into many different categories, which have varying levels of severity.

When it comes to calling upon a vet, you’ll have to use some discretion. You’ll typically know when your dog is acting out of sorts and whether their vomit and diarrhea is anything out of the ordinary, and you’ll be able to assess whether professional help is necessary.

Always seek the advice of a vet if other issues such as accompany your dog’s stomach problems, including uncharacteristic aggression or limping, and if any symptoms persist for longer than 24 hours. Overall, however, a dog that wants to continue eating and drinking despite their diarrhea or vomiting isn’t something to immediately panic about.

It’s also vital that you stay very calm in the event of any concerns about your pet’s health. Dogs pick up on stress pheromones, and if you’re freaking out they will have a meltdown too – and as we know, popular symptoms of doggy anxiety are vomiting and diarrhea!

If your dog has been throwing up, it’s probably best to get them to fast for a while. Give it a few hours and then slowly attempt to introduce them to some food again – potentially mixing things up ever so slightly to tempt them into eating. 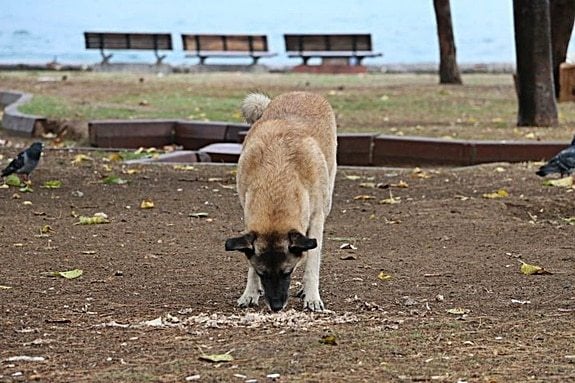 You should also avoid encouraging a dog to lap up a vast amount of water when they have experienced gastric distress. Instead, offer them a handful of ice cubes to lick and suck on (it might be worth freezing some meat stock or gravy for such a situation in case you need something more tempting). This will keep Fido hydrated without causing yet more pressure and distress on his body.

If any symptoms persist beyond 24 hours here, seek the advice of a vet.

What to Give a Sick Dog That Won’t Eat

If you have a dog that’s refusing to eat their usual solid food, you’ll have to speak to a vet and get some help pretty quickly, Dogs will not typically starve themselves without good reason, and they may need intravenous feeding to stay healthy enough to fight illness or infection.

If your dog remains reluctant to eat, try some of the following techniques to tempt them back into chowing down:

You could also mix up your dog’s routine by placing their food in a different location or feeding them at a different time. Perhaps most importantly, you should never attempt to force a dog to eat when they are reluctant to do so. When they are ready to do so, a pooch will hunt down a meal. If they refuse to eat for over 24 hours, you should consult a vet.

One of the most dangerous impacts of diarrhea and vomiting is dehydration. Check out our guide on what to do when your dog is dehydrated, but in the meantime, you’re going to have to do whatever you can to replace your canine’s electrolytes.

What do you feed a dog that can not eat or drink? Try coconut water for dog dehydration, as that can be a fantastic way of getting your pooch back on their feet and to their old selves. You could even try a small amount of Gatorade or pick up an OTC medication from a pharmacy, or you could follow this recipe for a rehydration drink:

Just be aware that this mixture will only last for 24 hours, so tip it away after that.

If your dog can’t seem to keep down any food or water for a prolonged period of time, it’s usually a worrying sign. If they seem to experience tummy trouble every once in a while, however, it’s probably just a passing situation and nothing to panic about – especially if they want to eat or drink again after the purging incident.

Keep an eye on your dog’s health, and if they seem happy and healthy beyond the occasional gastronomical mishap don’t panic about any purging. Just be prepared to clean up after your pet and move on.