On Friday 15 November 2019, a plane landed in Sydney, Australia, after flying 19 hours from London, England, in a test for what might become the world’s longest commercial flight.

The plane was mostly empty, with just a few volunteers (human guinea pigs) on-board, all wearing medical monitoring devices to record the effects that such a long flight can have on the human body.

Yeah, this is an extreme flight for anyone, and humans are unlikely to have a bad reaction to flying (unless they run out of those honey-roasted peanuts), but what about your dog?

It’s safe for your dog to fly with you, and they’re probably going to be just fine (apart from a bit of confusion about the whole experience), although there are some things you need to look out for after flying with your dog. 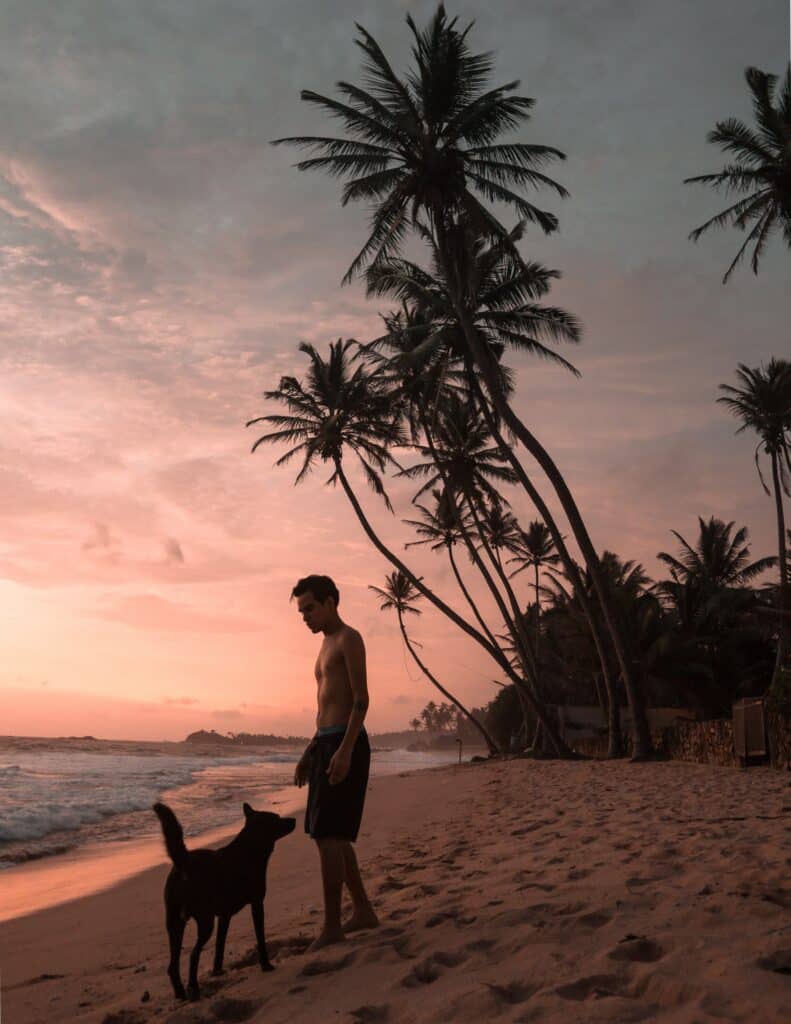 The Importance of Spotting the Signs of a Bad Flyer

Just like with humans, some dogs are better flyers than others. Some people can binge drink and eat as much as they want and feel fine when they arrive.

On the other hand, other people might need to sip water, avoid food, and sleep as much as possible so they don’t feel unwell after the flight. Flying isn’t necessarily going to be a problem for your dog, even though where your dog is located (in the cabin or in the cargo hold) can play a part in how well your dog handles it.

So it’s important to know how to spot the signs that your dog might not have had a pleasant journey.

Can Dogs Get Sick from Flying?

If you planned to take a large dog on a flight with Delta, you would be out of luck for a lot of the year. Delta actually refuses to take dogs (or any animal) in their cargo hold from May 15 to September 15.

There are also some winter restrictions when flying with a dog in the cargo hold to selected destinations, and there are some additional temperature restrictions which can be applied at any time of the year.

But why is this the case? Why would a major airline refuse to allow a dog in their cargo hold if the day of travel is going to be 20°F or colder, or 80°F or warmer? This is to avoid two serious problems that a dog can experience after traveling in the cargo hold. 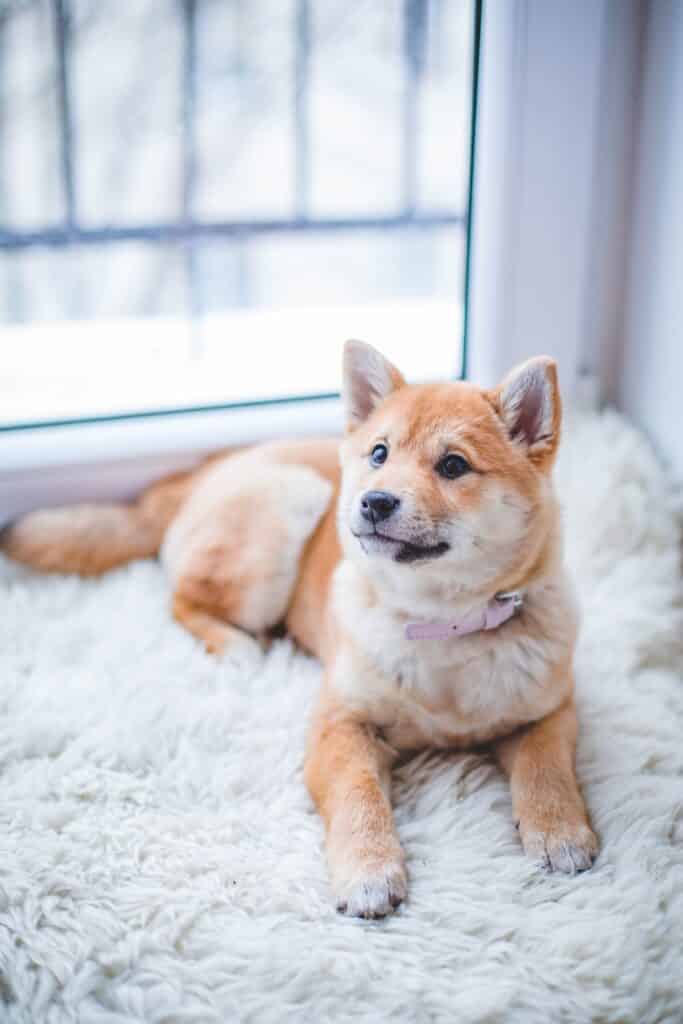 It’s not just the heat inside the cargo hold that can be a problem when a dog flies in warm weather. They’re not only in their crate for the flight, but also before and after, and basically up until you leave the airport.

Airline staff will do their best to load your dog onto the plane as quickly and carefully as they can, but your dog is going to be on the tarmac during transit, often in direct sunlight.

These are the reasons why there are summer restrictions to flying with a dog in the cargo hold, although a dog can still be affected by heat exhaustion despite these restrictions.

Heat exhaustion can result in a dangerous level of dehydration, and can lead to serious kidney damage. What should you be looking out for after a flight?

There are some key signs of heat exhaustion in dogs:

Cool your dog down immediately, using cool water (not cold water, because this can be too much of a shock to their system) and contact your vet. Your dog might need medical attention. Be sure to tell your vet that your dog has recently flown.

Hypothermia is at the other end of the scale from heat exhaustion, but this is the reason why there are temperature restrictions for flying with a dog in the cargo hold during cold weather.

Not only will it be very cold inside the plane, but you have to think of your dog being outside in the cold weather as they’re being loaded and unloaded. Make sure the crate has a thick blanket for warmth (and comfort) when flying with your dog during the colder months.

What are some signs that your dog might be suffering from hypothermia after a flight?

The symptoms are actually quite similar to heat exhaustion:

Your dog will also feel cold to the touch (both their skin and fur).

This all means that they will need to be warmed up (wrapped in a warm blanket, using hot water bottles and heating pads if needed), and this all needs to happen in a warm room.

Get in touch with your vet, because an immediate appointment might be needed. Again, be sure to tell your vet that your dog has recently flown.

With the dangers of heat exhaustion and hypothermia in dogs, it’s not exactly surprising that an airline will place restrictions on your dog flying in the cargo hold when the temperature is too extreme.

These restrictions won’t apply when your dog is small enough to fly in a pet carrier in the cabin.

Heat Exhaustion and Hypothermia in the Cabin

Please note that heat exhaustion and hypothermia usually only affects dogs who fly in the cargo hold, and a dog traveling in the cabin in a pet carrier is less likely to feel these potentially dangerous temperature extremes.

You should still monitor them while they’re in the carrier, and give them fluids or wrap them in their blanket as needed. 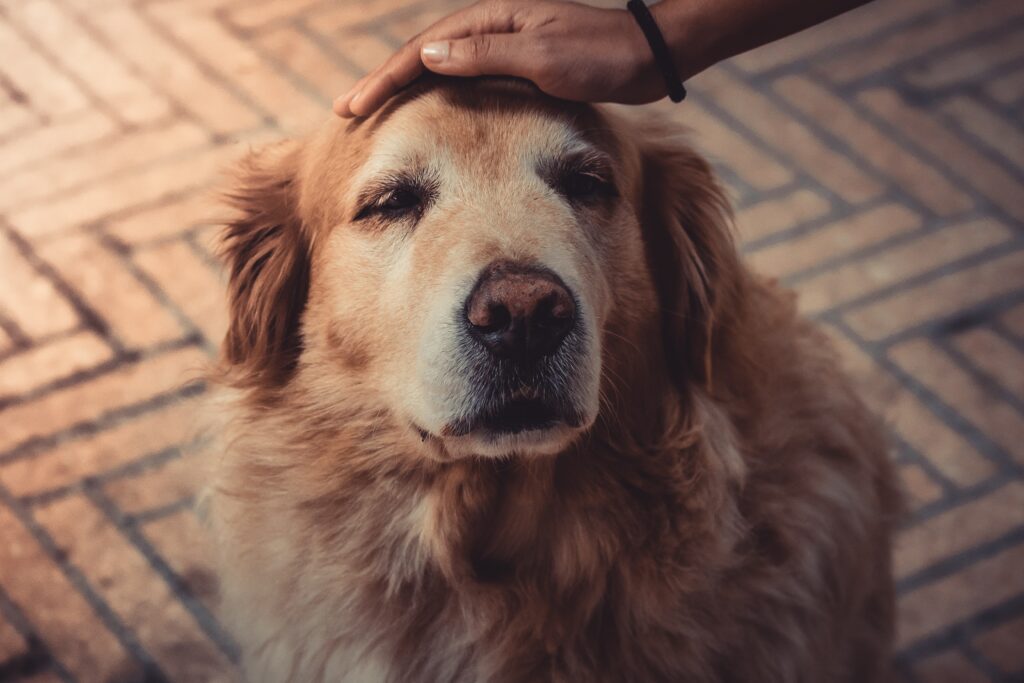 Dogs can be weird at the best of times, and maybe your pooch pride and joy isn’t displaying any signs of heat exhaustion or hypothermia, but they’re just acting… weird (especially after their first time on a plane).

It’s a strange situation for a dog to find themselves in, and they don’t know what the heck is happening, so when your dog is acting weird after a flight, it’s probably just a bit of stress.

How would you know if your dog is experiencing stress?

If your dog is not usually stressed out, they will likely return to normal by themselves (a sleep really helps). Giving them a calm environment immediately after a flight and then quickly returning them to their normal daily routine can also help.

You might feel a little bit stressed out yourself after a flight, and if you changed time zones, it’s important to get yourself back to your regular sleeping pattern as soon as you can.

Flying can be physically and mentally draining, and it’s the same for your dog (all these unfamiliar people and smells and stimulation!).

So if your dog needs to sleep after a plane ride, even more than usual, don’t be worried, because they just found the whole experience a bit exhausting.

Do Animals Get Jet Lag?

This extra required time in doggy dreamland can be plain and simple jet lag. Isn’t it the worst? It’s not just humans who experience it.

Fortunately, all that’s needed is as much rest as possible in the days after their flight, as well as making sure they stay hydrated. It’s exactly the same with humans, as in your dog’s jet lag won’t be as bad when flying from east to west, but it’s something that will pass all by itself.

Dog Not Eating After Flying 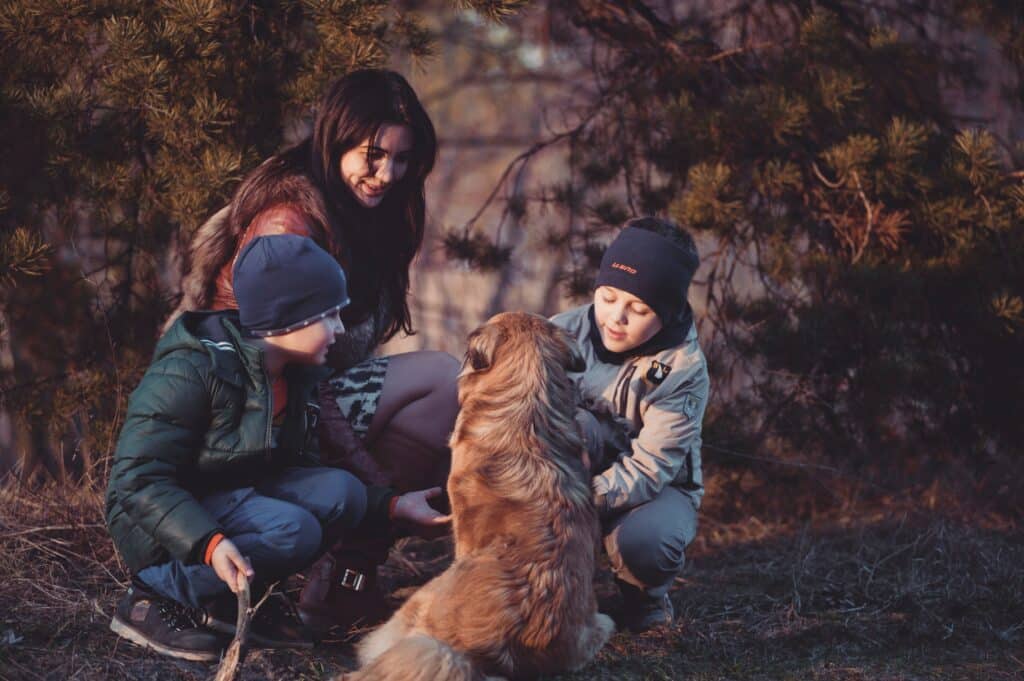 A bit of extra sleep isn’t really worrying, but what about when your dog’s appetite disappears after a flight? It’s not a huge problem, and is actually kind of usual.

It’s possible for people to get air sickness (those vomit bags on planes are there for a reason), and dogs can be affected too. If your dog is off their food, it’s probably nothing more than an upset stomach.

Consider giving them smaller portions until their appetite returns to normal, and if they need to be tempted into eating, a few of their favorite treats should get the ball rolling. Just like anytime your dog goes off their food, contact your vet if their appetite doesn’t return within a day or so.

Some pooches aren’t going to be bothered by air travel at all, and others might end up flying the unfriendly skies. It’s just the same as when humans fly, but humans don’t fly in a crate in the cargo hold.

Anytime a dog flies, you need to watch out for signs that they didn’t handle the experience too well, but these signs are usually more of a worry when your dog flew in the cargo hold.