Many dogs love jumping into the car, filled with the anticipation of going to the dog park or visiting friends. They might bark or leap around with enthusiasm and spend the whole ride looking out of the window.

For some dogs, though, riding in the car can be a traumatizing affair. We rescued a dog who whined and shook before he even got in the car and for the whole first five minutes. It was heartbreaking! With work and a little time, he now tolerates the car, but he’ll never be a big fan. Read on to see what you can do if you have a dog who hates car rides.

Your dog may hate the car because they get carsick, or because they get overstimulated, feel claustrophobic, or are unsettled by the motion of the car. There are things you can do to help them overcome this, such as making car rides fun, training, natural remedies, and car sickness pills.

However, in some cases, you may have to come to terms with the fact that your dog will never do more than tolerate being in the car with you.

My dog is suddenly scared of car rides

We visited our younger dog a number of times at the rescue center before we brought him home, and each time the center owner would say what a great traveler he was. On the day I took him home, he spent the whole 90-minute drive throwing up in the car.

I don’t know if it was the length of the ride, the fact that he was being taken from the only home he’d ever really known, or that the lady at the rescue hadn’t been entirely honest, but it doesn’t matter. We had a dog who, on a good day, was ambivalent about getting the car and on a bad day, shook and whined.

We have made progress. He’s gone from not being willing to lie down at all in the car, to lying down for the whole ride. The minutes of fearful whining and shaking at the start are gone. Although he’ll never be enthusiastic about traveling in a car, he now tolerates it reasonably well.

Related read: Do dogs feel sadness? How to turn that furry frown upside down!

Dogs can express their fear or dislike of cars in a number of ways, including shaking, whining, drooling, barking, and vomiting.

My dog barks in the car

While some barking can point to behavioral issues or fear, not all barking is bad. Sometimes dogs bark at each other to say “hello, it’s good to see you”. You’ll need to read your dog’s body language and listen for pitch and frequency of barking to know whether they’re fearful, threatening or happy.

Okay, so on to problem behavior number one: my dog barks too much in the car. Barking can be a sign of distress, but it can also be a sign of:

If the barking doesn’t bother you, then great, nothing to do. If it does, though, here are some things you can do.

My dog gets overly excited in the car 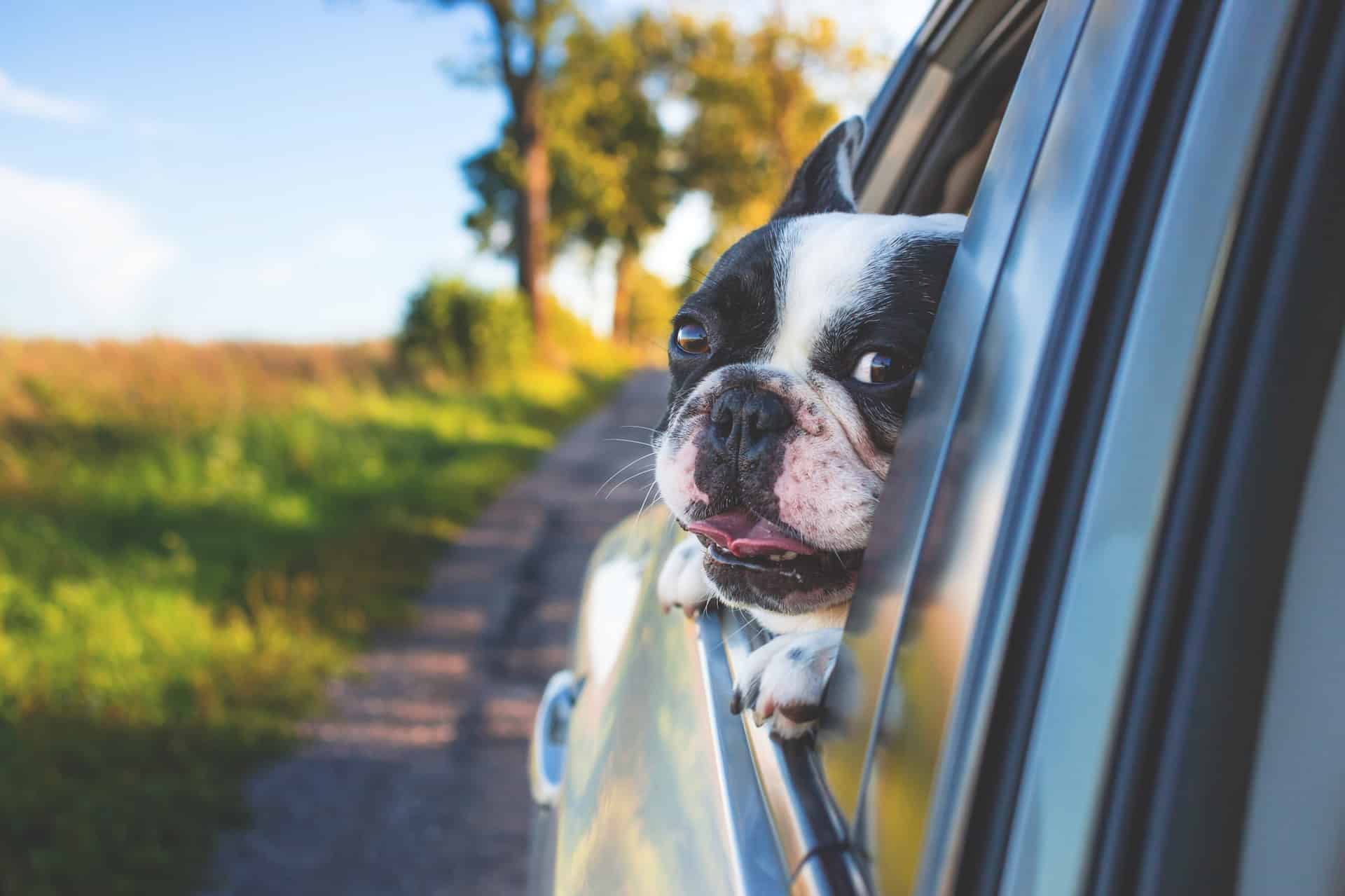 At the park where I walk my dogs every morning, I can hear the yipping and yapping of very excited dogs waiting to get out of their cars. You can hear the barking all the way from the top of the hill. Often the owners will open the car doors and the dogs will race out, heading for the path. That’s fine, except they’re in a car park and at risk of being run over.

You can use the same methods as for barking to keep your dogs calm while you’re driving.

To keep them safe, teach your dog to stay in until you say they can come out. You can do that by having them sit until you say ok.

We have larger dogs so when I started training them to stay in the car, I was able to body block them until they had calmed down. I’d take a step back, saying “stay” and have them stay for a few seconds. Once they’d mastered that we moved on to me taking three steps back. Then five. Over three or four weeks they learned to stay until I say “okay”.

I use “stay” or “wait” to stop them doing a behavior they want that I don’t yet want, like taking a treat, crossing a road, or getting out of the car, for example. I use “ok” to release them. You can choose any words as long as you use them consistently.

Note that I focus my pure training time on safety-oriented things like stay, wait, leave (so they don’t pick anything up from the ground). Otherwise, we learn things through play. If you missed the post about dogs and play, you can find it here:

Why does my dog pant and shake when riding in the car?

Let’s start with the obvious one. Your dog could be panting because it’s hot in your car. If that’s not the problem, then it’s likely because your dog is worried by being in the car. They might think you’re going to the vet. They may get slightly carsick. They might shake because they’re cold, or because they’re afraid. 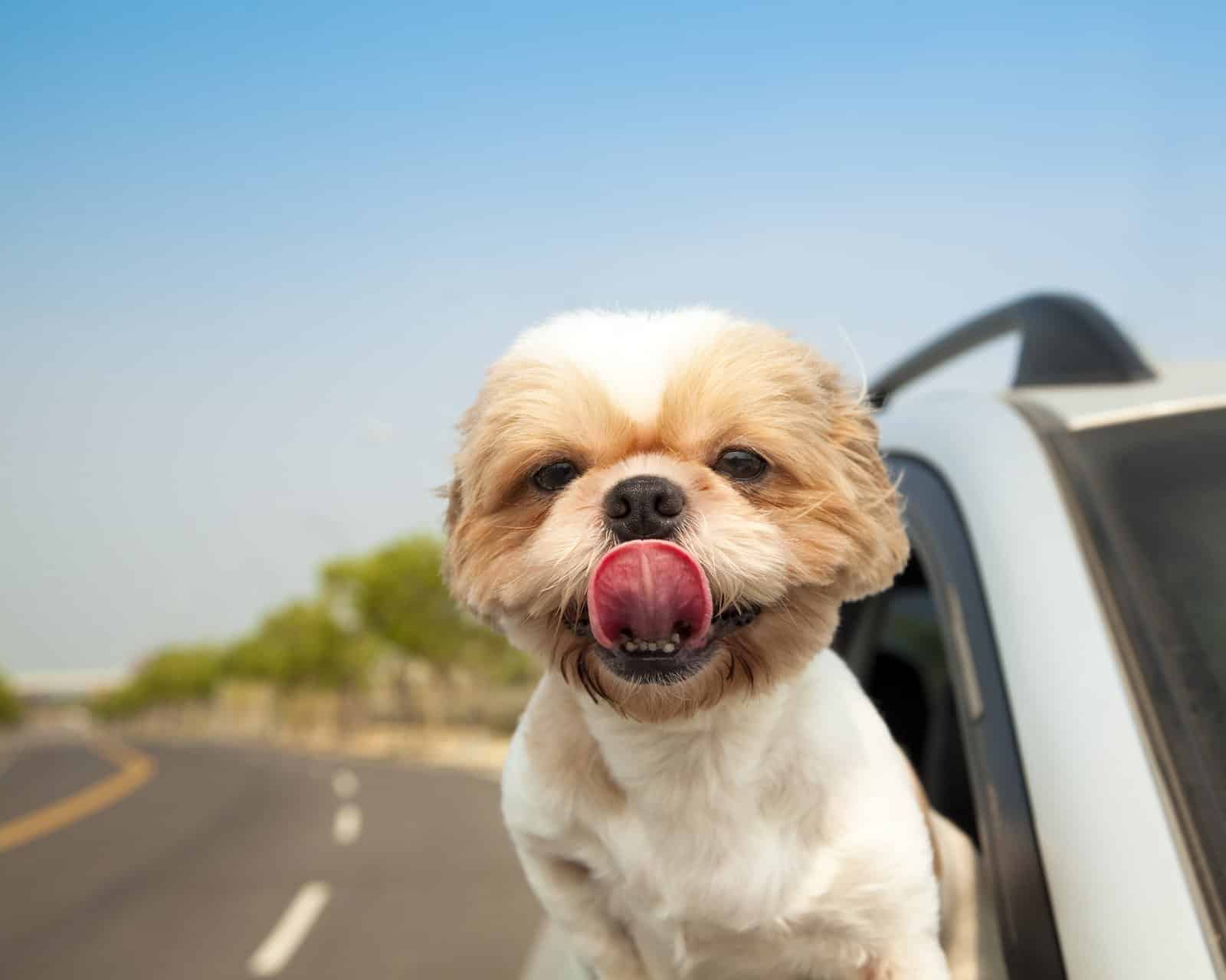 Here are some things you can do to reduce your dog’s fear of the car:

One of the most effective things we did with our boy was to play with him while we were parked at home. We’d put him in the car and get in with him, then give him treats, play with him, or feed him a meal. Then we’d all get out and go back home. It helps that 990 out of every 1,000 trips our dogs take is to somewhere fun.

My dog’s refusing to get into the car 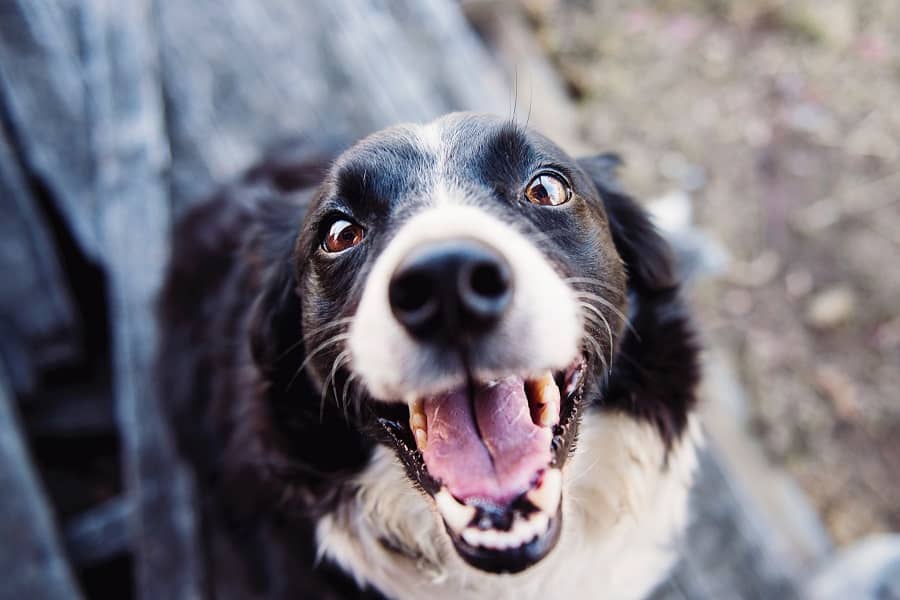 Our younger dog is generally reluctant to come out of the house if he thinks we’re going into the car. That gets much worse when it’s raining and he can’t figure out why on earth I would want him to get wet.

It takes a lot of coaxing, and often treats don’t work. I rely on getting the older dog in first, and since the younger dog has a strong desire to please (unlike the older one!) he will generally follow. I let him get in at his own pace, which helps.

Related read: How Do I Know if My Dog Has Bonded with Me?

It’s tempting to just pick a refusing dog up and put it in the car but forcing your dog to do something fixes the symptom, not the underlying cause. Besides, if your dog weighs 66lbs like ours do, you might not find that a viable option.

Although it can be frustratingly slow, in the long term it’s better to work on what’s making them resistant.

My dog refuses to get OUT of the car!

Our older dog loves the car and it’s an effort to get him out when we get home, especially in winter when he’s snuggled up warm. He loves being outside and is never in any rush to get back into the house.

Mostly we can tempt him out with good treats, but if it’s raining I’ll sometimes slide my hand under him. I would never force him to get up, but the act of putting my hand under his back is usually enough to get him standing. Sometimes I just have to wait it out with a big sigh.

How to get a dog to like car rides 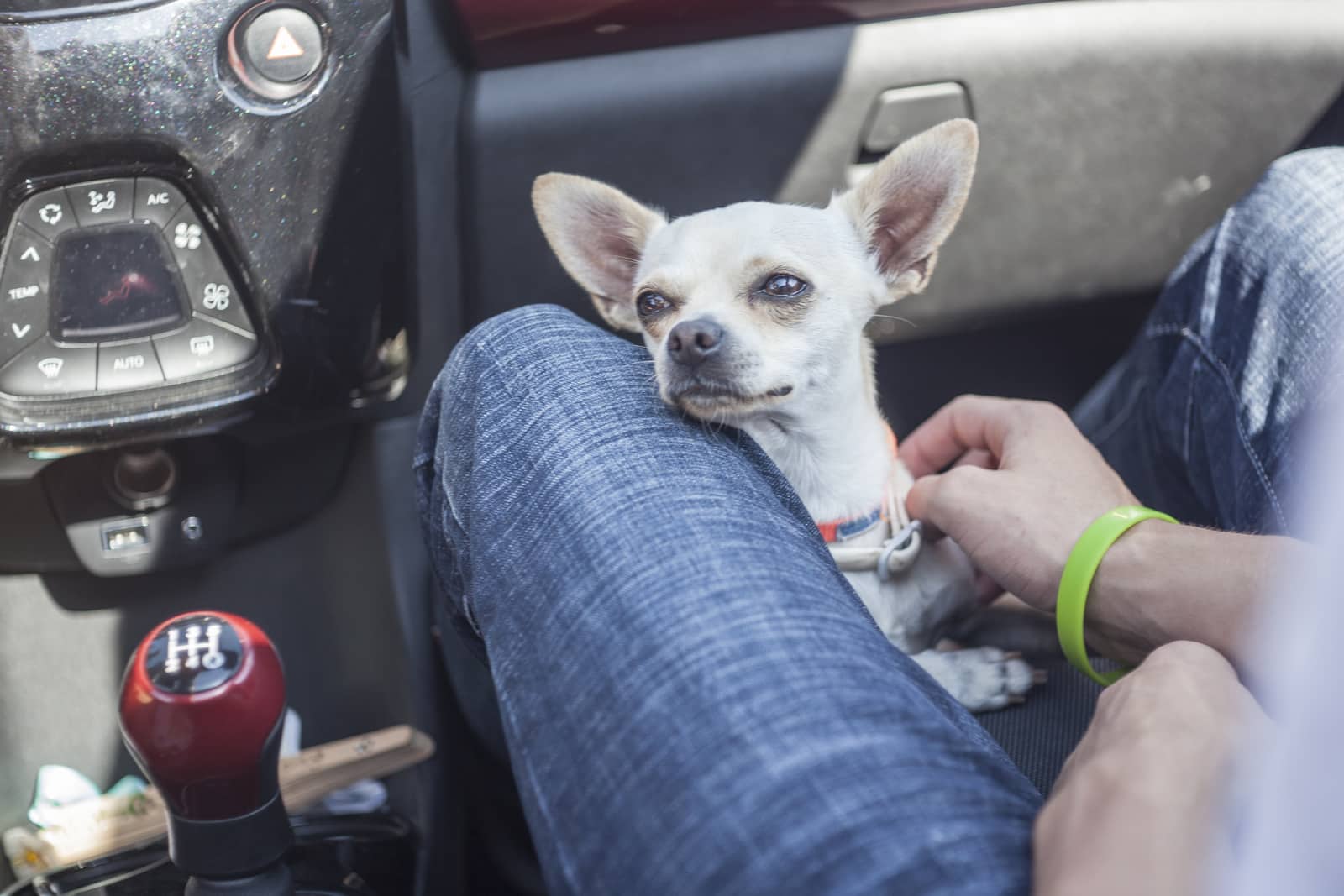 If you want your dog to like being in the car make it fun for them.

If one out of every two or three trips is to the vet or the groomer and your dog doesn’t like those, they won’t look forward to getting in the car. If nine out of 10 trips is to the dog park or to other fun places, they’ll be happier to hop in.

You may also have to come to terms with the fact that your dog will never do more than tolerate being in your car, which is what we’ve had to do. We know our boy is comfortable and safe, and that has to be enough for us; he’ll never be a dog that jumps gleefully in.

So, you’ve brought your new dog home and it turns out they hate the car. Or you’ve been struggling for some time over their fear of being driven. Either way, there are ways you can help your dog come to terms with being in the car by addressing their fears, anxieties or overstimulation, or by treating their carsickness.

Related read: Why is My Dog Afraid of Its Food Bowl?