The close bond between humans and dogs has many perks, but the desire to ‘share’ should only go so far. You don’t want your dog to catch a cold. If you’re joined at the metaphorical hip with your canine companion, you will want to know if a human can give a dog the flu virus.

This in-depth guide will discuss inter-species sickness in detail and shine a light on when you should shield your dog from your illnesses – and when it’s safe to allow them to shower you with affection.

Can My Dog Catch My Cold?

No, your dog can’t catch a cold from a human. The common cold virus that impacts us is unique to human biology, meaning that the germs that leave us feeling terrible will have no impact on dogs. But, there is a canine influenza virus, so we encourage you to keep reading to learn more about the condition!

You can close the windows and lock your dog into a quarantined zone with a clear conscience – no matter how much they lick your face, they won’t be impacted by your germs.

If you’re buried under a pile of blankets, feeling woeful and pining for a mercy decapitation to ease the pressure of your blocked sinuses, your dog is perfectly safe to curl up beside you and keep you company.

You may find that Fido is more inclined to do just that when you’re feeling under the weather. As the website I Heart Dogs explains, canines can tell when we’re feeling unwell – and seeing as they will instinctively pine to watch over us when we’re at our most vulnerable, they’ll actively look to stay close.

So, does that mean that your dog is invulnerable to any form of sickness? Sadly not. It’s just the human strain of the common cold that will not impact upon Fido, as dogs will have their own form of the virus to deal with. This isn’t to be confused with kennel cough in dogs, which is an entirely separate condition, but rather a cold almost identical to that which plagues humans.

Have you ever heard the saying, “I feel as sick as a dog?” Well, if you ever live with a poorly pooch that peers up at you with wide, sad eyes because they’re feeling ruff (sorry not sorry), you will have a whole new appreciation for the phrase!

How Do I Know That My Dog Has a Cold?

It’s always possible that a dog who is feeling under the weather has something more serious to contend with than just a common cold, but try not to panic when your pet starts to show the symptoms of such a problem.

Much like humans, the symptoms of a canine cold include:

Of course, there could be something more serious afoot. We have already mentioned kennel cough, which is identifiable by a unique cough that your dog will struggle with, sounding akin to a honking goose, or it could be that your dog lives with asthma. Certain parasitic infections also lead to cold and flu-like symptoms, so make sure that you’re on top of your pet’s worm prevention treatments.

Alternatively, other hugely dangerous conditions can be passed between humans and animals (MedicineNet has a complete list of these possible sicknesses), which include Tuberculosis. Equally, some very serious – but thankfully rare – health concerns such as Canine Distemper carry symptoms similar to the common cold. Happily, your pet is protected from many of these conditions as part of your dog’s DA2PP vaccine.

How Can I Prevent My Dog from Catching a Cold?

Sadly, it’s impossible to prevent your dog from ever getting sick. You can’t wrap your pet up in cotton wool, and there’s no vaccine against the common cold (though you can take up an optional vaccine against kennel cough).

Keeping your dog away from sick canines will reduce their risk of catching a cold, but being outside in low temperatures or getting caught in a downpour of rain will not be enough to make your dog unwell. Having said that, if they are small enough and tolerate clothing it’s worth investing in a raincoat or jumper anyway, if only for their own comfort during a harsh winter.

Should I Take My Dog to the Vet if They Have a Cold?

No vet will ever laugh at you for expressing concern over the fact that your dog is sick, do not hesitate to seek professional advice if you’re concerned about your dog’s health. However, it may be advisable to consider seeking a telephone consultation first, then bring your dog to the vet’s office if requested.

If your dog has a cold, they’ll need to allow the virus to work its way through their system organically. By taking them out of the house, you’ll exhaust them needlessly, potentially pass on their germs to all the other animals in the waiting room. This will leave them at risk of contracting another sickness while their immune system is compromised.

Am I Contagious to My Dog in Any Way?

So, we have established that a human will not be able to pass a cold to a dog. Are there any other ailments that often plague humans that could be passed onto pets, though? There are several.

The first, and arguably most common, is the flu. Don’t be confused by this – when we say the flu, we mean the viral infection of influenza (and any of its animal-named equivalents, such as avian flu or swine flu), not a bad cold.

Dogs also have their own version of the condition, unsurprisingly referred to as the canine influenza virus. We’ll discuss the symptoms of canine flu in a moment, but rest assured it’s every bit as unpleasant for Fido as it is for you. Thankfully, it’s still tricky to pass your flu onto a dog, and snuggling up together will not be sufficient contact to place your canine in danger. 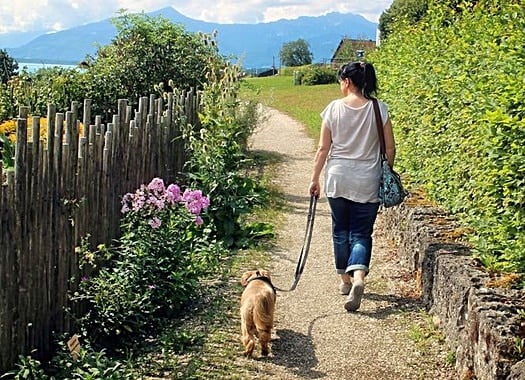 However, flu is not the only condition that can be passed between dogs and humans. Some of the sicknesses that plague humans and can be handed onto your dog as a very unwelcome inheritance include:

Thankfully the fundamental differences in physiology between humans and dogs ensure that few of these conditions are shared easily, but it can happen. If that’s the case, you’ll have to seek medical attention for both yourself and your pet, and take any necessary steps to prevent it from happening again. The last thing that you will want is continually trading sickness between you.

How Do You Know if Your Dog Has the Flu?

The symptoms of dog flu are almost identical to those of the human virus. WebMD lists these symptoms as:

Canine Influenza is a little more severe than a common cold in a dog, but it still doesn’t need to end badly if you act quickly and responsibly. Speak to a vet for professional advice as to how best to proceed once you suspect that your dog may have the flu, though as with the common cold it may be best to attempt a telephone consultation first.

In the best case scenario, no medications will be required, and your dog will be able to make a full recovery. If the problem escalates and your dog ends up with a secondary condition, however, which could include something as serious as pneumonia, your pet may require a course of antibiotics or even an overnight stay for fluid hydration. Keep a close eye on your dog’s recovery and stay in touch with your vet.

Can Dogs Catch Flu from Other Dogs?

Oh yes – the flu virus spreads like wildfire among other dogs, as does kennel cough. It’s not hard to understand why, when we watch canines interact. They are continually climbing all over each other, sticking their noses into one another’s extremities, and sharing communal water bowls.

If your dog has been sick with flu, try to keep them away from other dogs for a while until you are quite sure that they have fully recovered. Likewise, if you know that a friend of a family member’s dog has been laid low with the flu, give them space from your own canine for a while. You could end up with a never-ending loop of dogs trading the same virus back and forth.

Can Dogs Catch Flu from Other Animals?

On paper, no. As we have said before, all animals have a unique physiology, and this means that the cold and flu viruses are primarily restricted to their own species. These conditions are continually mutating though, and your dog may end up ingesting or inhaling bacteria from spending time with other animals – and potentially investigating their waste.

If you live with cats or other pets in addition to your dog, try to keep them all separate while one of your pets is recovering from a bout of sickness. If your dog is prone to developed colds and flu symptoms and you’re not sure why to limit their unsupervised time outdoors. It may because they are interacting with birds or wildlife and introducing who knows what to their bodies.

How Long Does the Flu Last in Dogs?

This depends on what strain of flu your dog has contracted.

As with humans, there is no hard and fast rule about how long your dog will be sick with the flu. Some canines may kick the condition in a few days, and others will be under the weather for weeks.

Just be patient and compassionate with your poorly pooch throughout this trying time, as they will likely be worried and frightened by their sickness.

How to Take Care of a Dog with a Cold or Flu?

With a great deal of patience, affection, and care. If your dog has a cold or flu, they will react the same way as humans and will struggle with even the most basic of tasks. You’ll have to offer a great deal of reassurance to your dog during this time, as they may not understand just why they’re feeling so poorly. 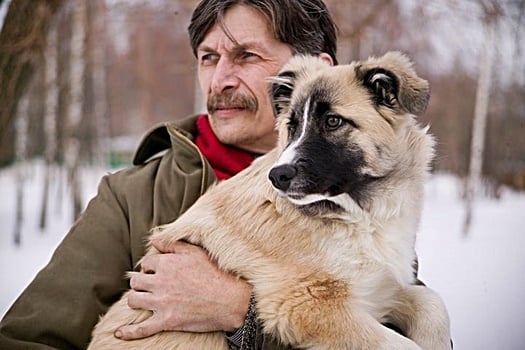 Follow these steps, consulting with a vet if you consider it to be necessary and taking advantage of any medications they may prescribe, and you’ll have your best friend back on his or her feet in no time at all.

Home Remedies for a Dog with a Cold

If you’re keen to avoid any traditional medications but you want to ease Fido’s discomfort while he’s struck down with a cold, there are a handful of home remedies that you could attempt.

You should always seek the advice of a professional vet if you have any concerns about your dog’s cold or flu symptoms, and there is often no substitute for plenty of rest and fluids, regardless of whether it’s a human or a canine that’s battling an infection. All the same, your pet will gladly accept anything that you can do to ease any discomfort they are experiencing!

The relationship between dogs and humans – and the viruses and sicknesses that they carry – is a complicated one, but thankfully it’s not entirely symbiotic. You should be careful about keeping your dog away from potential infection, but that doesn’t mean that you can’t seek comfort from your favorite furball when you’re feeling under the weather.